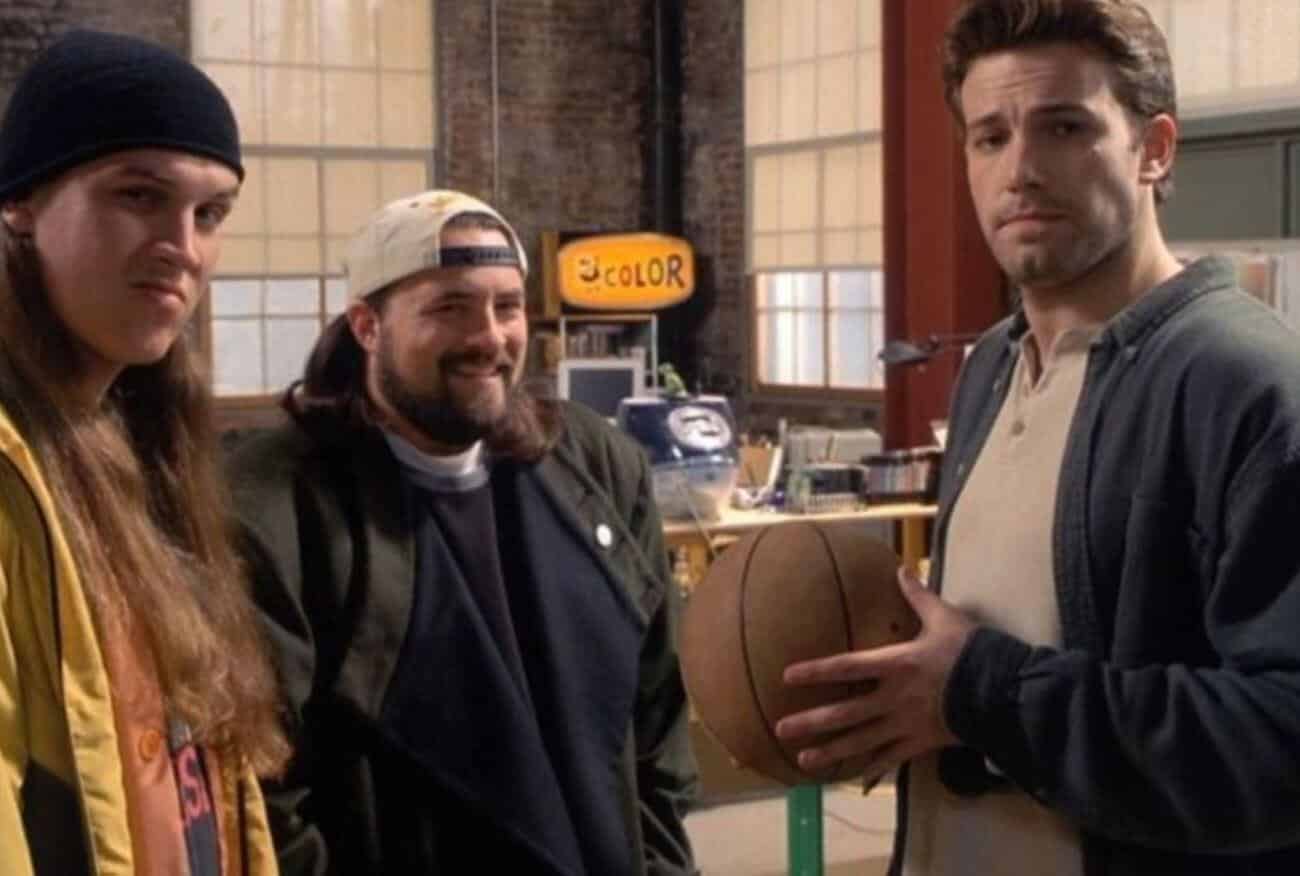 Many movie fans rejoiced when the trailer for Jay and Silent Bob Reboot finally hit. The footage not only promised a return from the titular characters and the iconic View Askewniverse which has been dormant since Clerks 2 was released in 2006, but also a return from Hollywood star Ben Affleck. It’s the reunion between Affleck and director/co-star Kevin Smith that really surprised fans when the trailer premiered.

The two have had something of a distancing friendship over the last decade or so. Ben Affleck became a massive star and director between projects like playing Batman in Justice League and directing Oscar-winning material like Argo. Kevin Smith meanwhile continued to branch out into a new era of podcasting and filmmaking, which up until now made it unlikely that he and Affleck would work again.

Kevin Smith has revealed the entire story which fascinatingly brought the two back together, and I for one am glad the circumstances worked out the way they did. As I’m sure everyone else is as well. Here’s how he explained it:

MY BOYFRIEND’S BACK! When the trailer for @jayandsilentbob Reboot dropped (link in my bio), folks found out a few of our secrets – one of the biggest being that @benaffleck is back as Holden McNeil! The co-creator of #bluntmanandchronic and friend of #jayandsilentbob plays a crucial role in the Reboot and his scene is one of the best bits of cinema I’ve ever been involved with: it’s absolutely magical and life-affirming and all the things I really care about now, post-heart attack. But when we started shooting the movie, the scene didn’t exist. This scene – and more importantly, my reunion with a guy who I’ve missed terribly for nearly a decade – only happened because of @kevinmccarthytv. Kev interviewed Ben for his @netflix movie #triplefrontier and kicked off by asking Ben “Did they call you for Reboot yet?” And Ben said no, but he was available. So producer @jordanmonsanto said “Call Ben.” I told her “That’s just some nice shit to say at a junket. He wasn’t serious.” A week later, Jordan, @jaymewes and @jenschwalbach we’re all pressing me to reach out to Ben, so I finally did. I was scared to be rejected, but I texted him “To paraphrase the sad old King Osric in CONAN THE BARBARIAN? ‘There comes a time when the jewels cease to sparkle, when the gold loses its luster, when the throne room becomes a prison, and all that is left is a director’s love for the people he used to make pretend with.’” And after a long beat of wondering how he’d receive this, my estranged friend wrote back as only he could: “Of course you still liken yourself to a king,” he joked. And then “Would be a pleasure to see you again, Old Man.” So naturally, weepy me – who breaks down emotionally during comic book flicks – was a blubbery mess. Not only did we score an amazing scene for the flick, but I also got my friend back – all because of entertainment journalism. Thank you, #kevinmccarthytv – your #viewaskew themed opening question not only allowed me to make an 8 page sequel to #chasingamy in the middle of #JayAndSilentBobReboot, it also brought back a massive missing piece of my heart. #KevinSmith #benaffleck #JasonMewes #reunited #comiccon #holdenmcneil

I’m definitely excited to see what other surprises await fans in the new outing, and while things are repaired with Affleck – I can only hope Jeff Anderson is next on the list for being friends with Kevin again.

The stoner icons who first hit the screen 25 years ago in CLERKS are back! When Jay and Silent Bob discover that Hollywood is rebooting an old movie based on them, the clueless duo embark on another cross-country mission to stop it all over again!

Jay and Silent Bob Reboot will release this year on October 15.

How do you feel about Ben Affleck appearing in Jay and Silent Bob Reboot? Are you excited for the film? Let us know in the comments section down below!