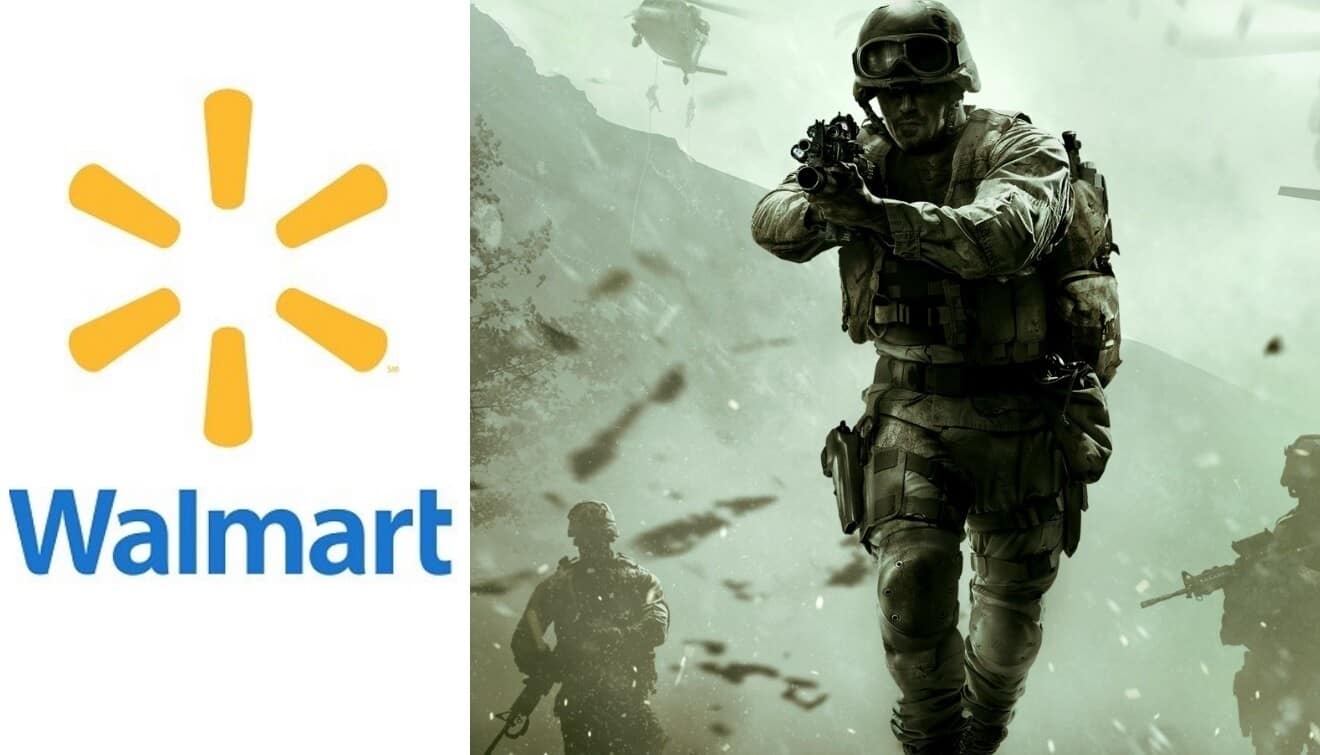 It’s another dark time in America, as two mass shootings in under 13 hours took the lives of 29 people, and injured dozens more. Dayton, Ohio and El Paso, Texas both suffered tragedies recently and are looking to heal and rebound. There has also been another suspected shooter arrested at a Walmart in Missouri that had an arsenal in his car, and a man at a Walmart in Port St. Lucie, FL asking the gun clerk about which weapon would ‘kill a lot of people’. However, instead of dealing with this domestic terrorism the right way, it looks like video games are now the target. Walmart, which was the location of the shooting in El Paso, is sending out a nationwide edict to their stores to remove ‘violent’ video game advertising, demos, tie ins, and merchandise.

In a story first published by Vice, Walmart is quietly trying to confirm to the government’s rhetoric of video games caused these shootings. While it is true that in the El Paso shooter’s manifesto there was a mention of the shooting game, Call of Duty, it was not the crux of his message, nor the main reasoning behind it. Still, the President has doubled down on video games as the reason, and Walmart is falling in line.

This is after Walmart made a statement that they would not change their stance on selling guns due to these shootings, as that would be a ‘win’ for the killers. As they stand up and say they will be no change to their gun selling policy, they are quietly removing these ‘violent’ video games. In other words, Walmart is hypocritically playing politics. Here is a tweet of the memorandum making rounds at Walmart to its employees.

Apparently Walmart is telling its employees to take down displays that show violent video games, specifically shooters, as well as movies and hunting videos. pic.twitter.com/2N3t4B86tf

“We’ve taken this action out of respect for the incidents of the past week, and this action does not reflect a long-term change in our video game assortment.”

Here’s the thing, people. We’ve had this discussion before. When Mortal Kombat first came out, it caused a huge uproar with people thinking it was too violent, and tainting our youth. It even led to the ESRB ratings system. However, it has been proven time and again that video games DO NOT CAUSE VIOLENCE. To better explain the point, with sources, experts, and scientific proof, here is a video from Adam Ruins Everything that explains the situation perfectly.

To put it basically, video games are NOT the issue here. It is a morality issue, and an ease of access to weapons that, quite frankly, only meant to kill people. In my opinion, no one needs an assault rifle for hunting. As a retired veteran, myself, I understand what these weapons are capable of, and what their sole purpose is for. And, if this current administration is so dead set on calling this a ‘mental illness’ issue instead of domestic terrorism, why did they overturn the ban on people with mental problems from buying guns? It’s not the video games, it’s not the media, it’s not anything more than bad parenting and a lack of morality in this nation.

We do nothing but promote hatred and fear at the highest level. This needs to stop. The United States has had 255 mass shootings just in 2019. That’s more than many countries have had in their entire history (Canada has only had 54 mass shootings since 1645 and Norway has had one mass shooting in the last two decades).

Even with all the proof of the contrary, do you still think video games are the problem? Let us know in the comments below!

Continue Reading
You may also like...
Related Topics:Call of Duty, video games, Walmart