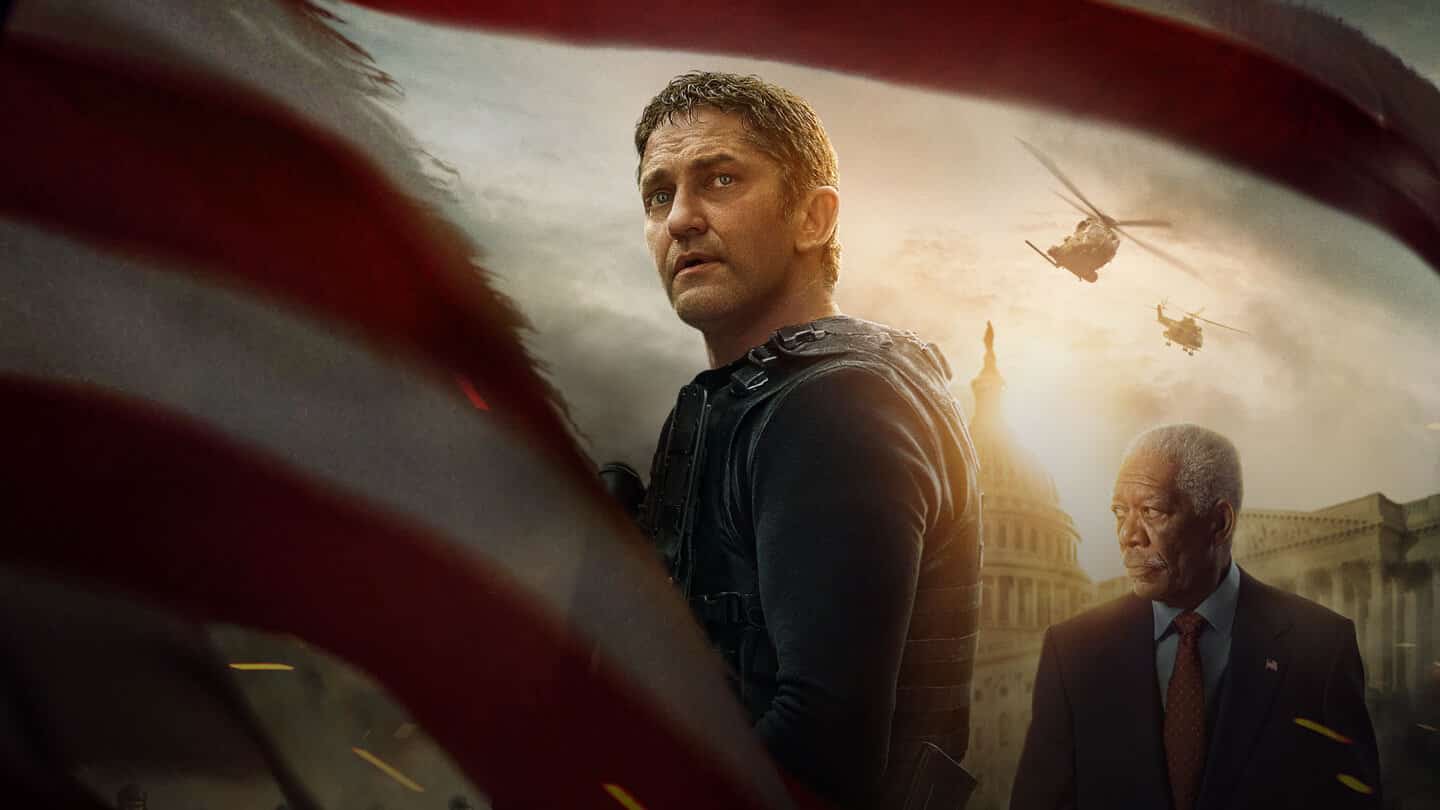 Coming out of nowhere to be a surprise success in 2013, Olympus Has Fallen successfully harkened back to classic 80’s action films with its White House takeover premise. Few would have expected the seemingly slight actioner to go on to have its own trilogy, but that’s what audiences have with the latest entry Angel Has Fallen. While an improvement over the dreadful sequel London Has Fallen, this is a listless attempt to follow more of the same formula.

Picking up where London left off, Angel Has Fallen follows Mike Banning (Gerald Butler), who is working to become Secret Service Director for new president Allan Trumball (Morgan Freeman). After being framed for an assassination attempt on the president, Banning finds himself on the run trying to clear his name.

As a fan of bargain bin action movies, there’s some shameless fun to be had. Director Ric Roman Waugh gives a commendable effort, crafting some breezy setpieces with a limited budget, while also pushing the pace at a quick clip. Some of the pleasures from the previous entries still exist in Angel, as Gerald Butler continues to be an effective presence as everyman Mike Banning. It’s satisfying to see Banning truly become a throwback to 80’s action heroes, being an everyman vessel for blunt one-liners and kicking ass.

Most importantly, this film is less tone-deaf in its treatment of its villains, as instead of having faceless Asian or Muslim characters who are used to up the body count, the villain is a domestic threat who receives some proper development. Played with gruff conviction from Danny Huston, the opponent makes for a worthy adversary to Banning as a like-minded friend from his glory days, representing the domestic radicalism of our society.

Even with its improvements, Angel simply does not do enough to push the franchise forward. It’s a competent action film when bullets are flying, but when the action comes to a stop, the lack of quality writing becomes apparent. Collaborated on by a trio of writers, the script offers the bare-bones basics of action films without much in terms of personality.

Worse than that is just how melodramatic the story can be. Whether it’s a paper-thin subplot about Mike’s father (a serious waste of Nick Nolte) or Mike’s personal battle with his career, the slapdash development and schmaltzy emotional beats never register a genuine moment. It’s a shame that this series hasn’t been able to let its hair down more, as Angel Has Fallen provides another competent standard-issue action flick that will quickly fade from audience’s memory.

Continue Reading
You may also like...
Related Topics:Angel Has Fallen, Gerald Butler