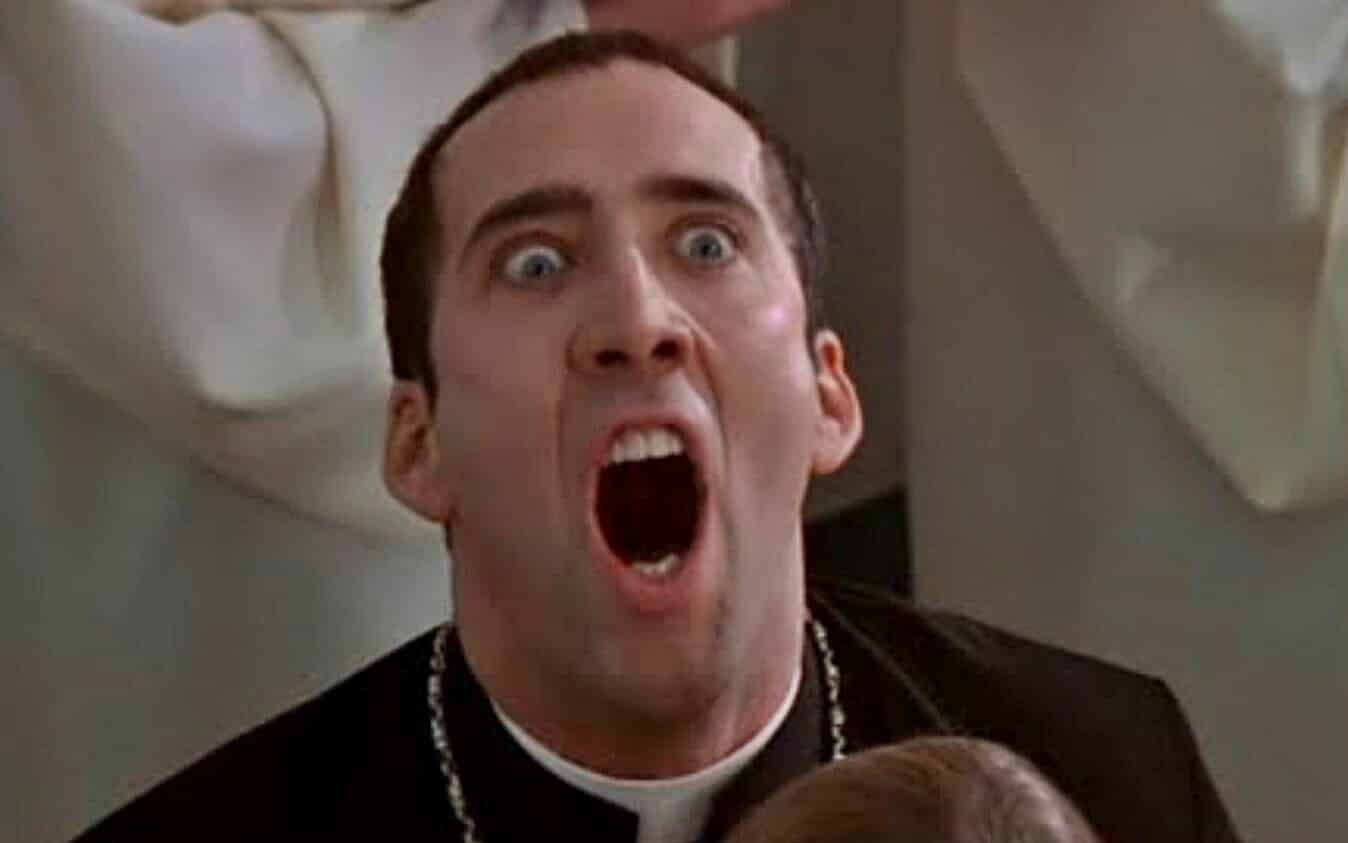 Face/Off is getting a facelift. According to a new report, the 1997 action hit is due for the remake treatment, courtesy of Paramount Pictures. It will be written by Oren Uziel, and produced by Neal Moritz and David Permut. A director has not yet been announced.

The original starred a pre-insanity (as far as we knew, anyway) John Travolta and Nicolas Cage. The film’s premise was thoroughly bonkers – an FBI agent and the criminal he’s obsessed with trade faces, and explosions ensue. It sounds like something out of a soap opera. (I’m not entirely sure it hasn’t actually happened on a soap.  They have, after all, given us returns from the dead, secret evil twins, weather controlling machines, memory exchanges, mind-control chips, and much more.)

The agent, Sean Archer, was played (at the beginning, at least) by Travolta, and Cage was the psychotic criminal mastermind Castor Troy. Archer undergoes facial reconstruction surgery to look like Troy, so that he can infiltrate his supermax prison and stop an evil plot.  However, Troy also takes Archer’s face, and proceeds to take over his life. From this point on, Travolta is the villain, and Cage the hero.

Despite the craziness of the story, the movie turned out to be a smash hit, thanks largely to the chemistry of its leads, and the direction of action master John Woo. It was a ton of fun to watch.

The film was made at a point in time wherein Cage could do no wrong in Hollywood. Leaving Las Vegas, The Rock, ConAir, Face/Off, City of Angels, and 8MM were all released in a four-year time span, and all made bank at the box office. Leaving Las Vegas even won Cage an Oscar for Best Actor.

Whether or not the remake will touch the original’s quality or success remains to be seen. Are you interested in seeing it? Tell us in the comments below!

Continue Reading
You may also like...
Related Topics:Face Off, John Travolta, Nicolas Cage