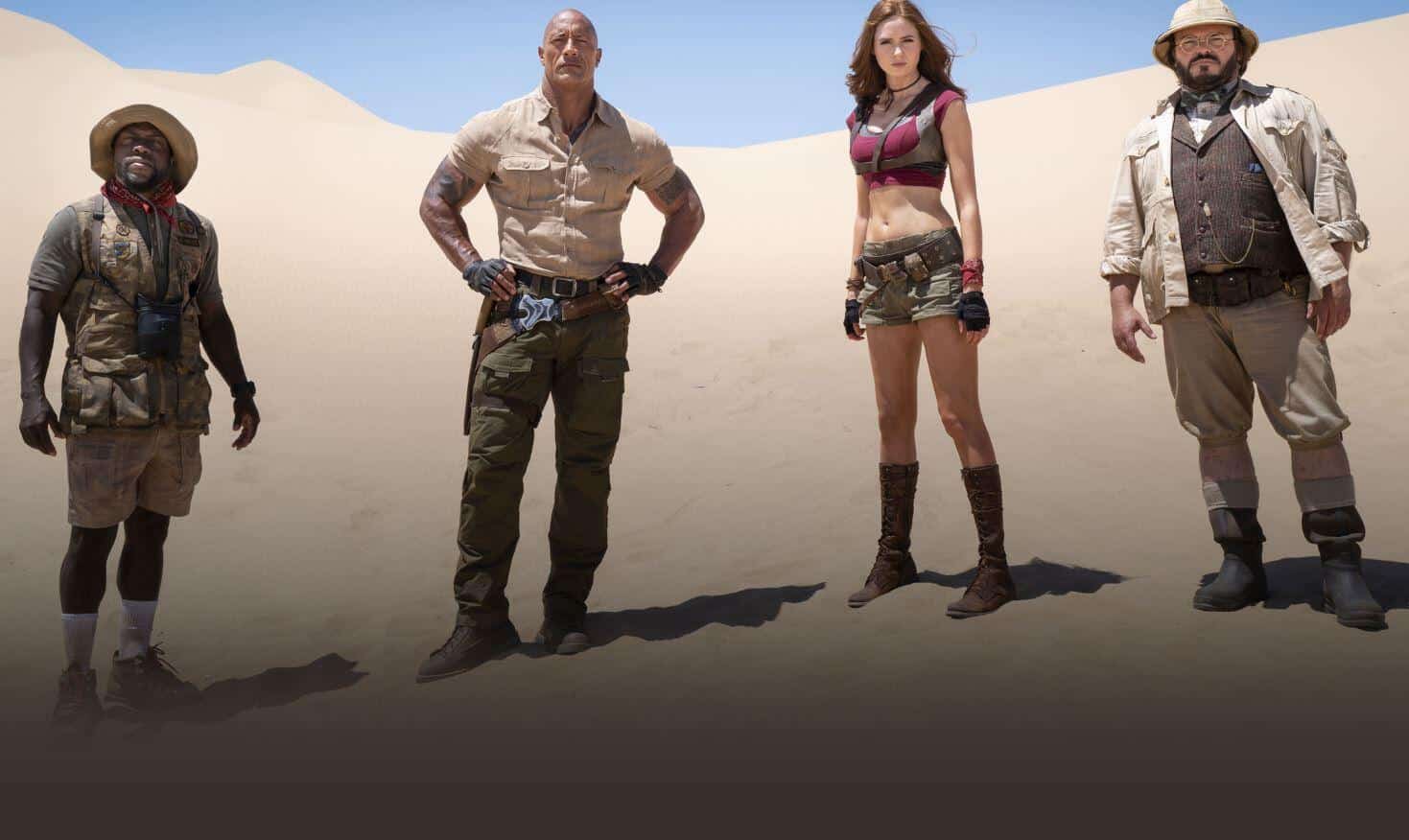 The next installment in Sony’s surprising string of Jumanji sequels is on the way, and with it comes the final trailer for what’s titled Jumanji: The Next Level. The new trailer features additional footage of action, iconic actors Danny Devito and Danny Glover, as well as their counterparts played by Dwayne Johnson and Kevin Hart.

It’s a manic concept for a sequel to what was already a massive change of pace compared to the original Jumanji. Scroll on below to view the final trailer!

“In Jumanji: The Next Level, the gang is back but the game has changed. As they return to Jumanji to rescue one of their own, they discover that nothing is as they expect. The players will have to brave parts unknown and unexplored, from the arid deserts to the snowy mountains, in order to escape the world’s most dangerous game.”

Hopefully this film does as well with fans as the previous entry did. The original Jumanji has become quite a special movie for fans as the years have gone by, it’d be nice to see its legacy respected with each future sequel made. Of course, considering this film seems to follow in the style of Jumanji: Welcome to the Jungle, while still slightly freshening up the new concept, it should be an entertaining watch at any rate.

Jumanji: The Next Level hits theaters later this year on December 13, 2019.

What did you think of the final trailer for Jumanji: The Next Level? Are you excited to see the involvement of iconic Hollywood actors Danny Devito and Danny Glover involved with the story this time around? Let us know in the comments section down below!

Continue Reading
You may also like...
Related Topics:Jumanji, Jumanji: The Next Level