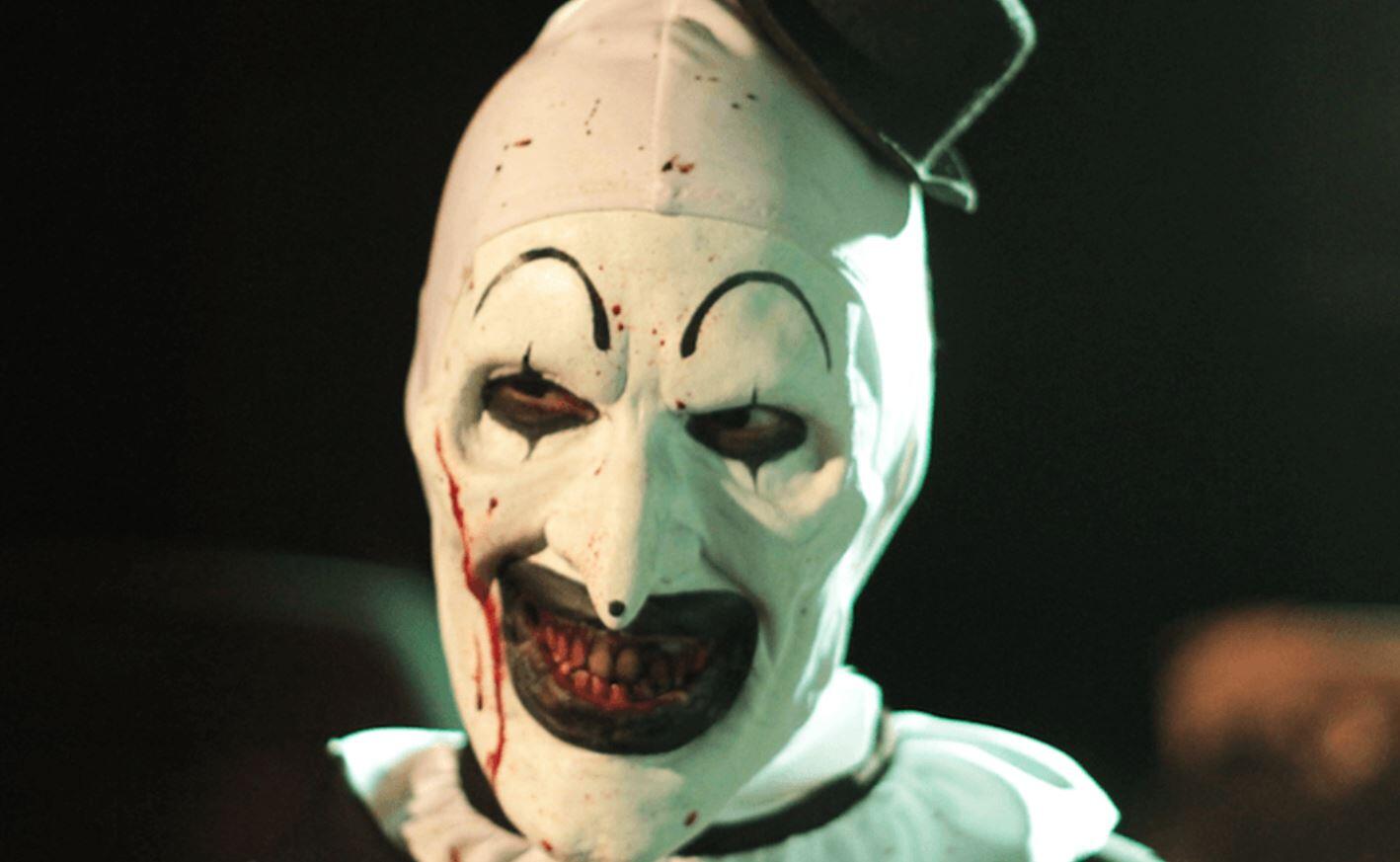 The next installment in the Terrifier horror film franchise is in the works as this article is being written. The film has officially started production – which means David H. Thornton is getting back into character as the devious killer Art the Clown. And in order to celebrate the return of his murderous clown, director Damien Leone has shared a brand new set photo featuring Thornton as Art.

“After being resurrected by a sinister entity, Art the Clown returns to Miles County where he must hunt down and destroy a teenage girl and her younger brother on Halloween.”

Aside from David H. Thornton returning as the murderous Art the Clown, the film also stars several 1980’s horror icons. Felissa Rose (Sleepaway Camp), Jason Lively (Night of the Creeps) and Tamara Glynn (Halloween 5: The Revenge of Michael Myers) will all play parts in the movie, as well actress Lauren LaVera (Clinton Road).

The filmmakers behind Terrifier 2 are currently aiming for an October 2020 release date, so stay tuned for any and all updates as we receive them.

It will be neat to see how director Damien Leone’s vision unfolds on the screen. He previously teased during the film’s campaign how he hoped to include a very intense special effects sequence:

“Without beating around the bush, I wrote an EPIC scene in the screenplay for Terrifier 2 that we currently do not have enough money to shoot. Without spoiling all the juicy, gory details, the scene will involve mass casualties and the destruction of its location, BUT it is the context of the scene that truly makes it so original.  We’re aiming to create a scene so shocking and iconic that people will talk about it for years to come. Imagine if Art the Clown was in charge of the prom mayhem in Carrie…meets David Lynch…meets Maniac….just sayin’.”

Are you excited to see David H. Thornton return as Art the Clown in Terrifier 2? How about the other cast members? Let us know in the comments section down below!

Continue Reading
You may also like...
Related Topics:Horror, Terrifier 2

‘Spider-Man: Into The Spider-Verse’ Sequel Confirmed For April 2022
Fan Theory May Have Just Revealed The True Hero Of ‘Avengers: Endgame’
Advertisement
Advertisement
To Top