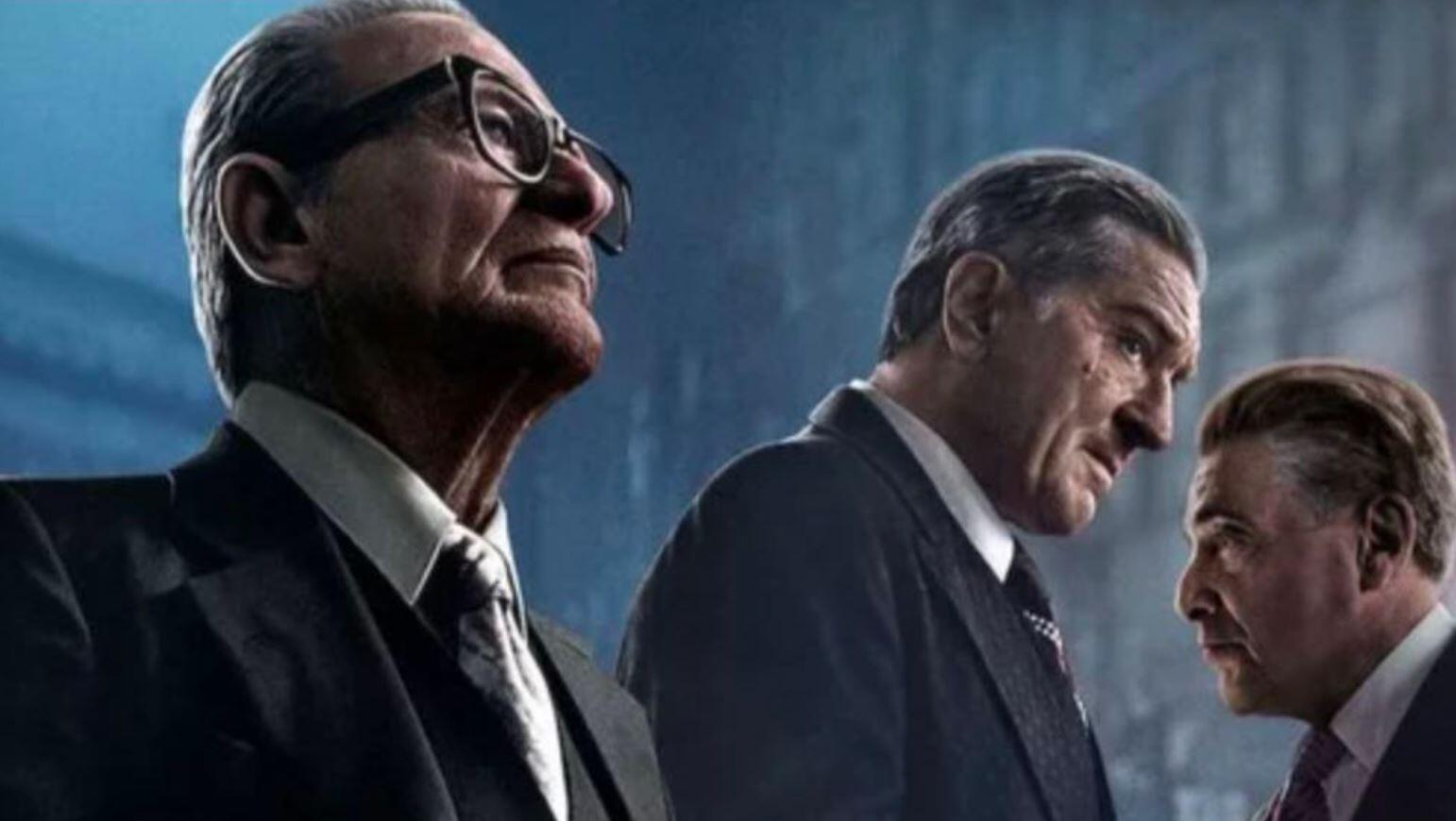 Going into The Irishman, you knew you were in for a long ride. Then again, if you’re a fan of Martin Scorsese, you know that most of his films tend to be on the long end. This one runs at about 3 and a half hours, so it’s no different. And honestly, I found myself wanting more when the movie was over – for multiple reasons.

The film is one that Scorsese has been trying to get off the ground for quite some time now (since 2007, reportedly), and is based on Charles Brandt’s 2004 book, I Heard You Paint Houses. Scorsese has said he wasn’t really sure if he could get the film made or not, but when de-aging technology came along, he knew he could – and Netflix provided the budget. The CGI makes Robert De Niro, Al Pacino and Joe Pesci all look noticeably younger in the film. Sure, it takes some getting used to at first, but I didn’t think it really took anything away from the movie.

The basic plot of the film (it’s hard to condense at 3.5 hours) is that it follows the life of Frank Sheeran (De Niro) who recounts his life story to someone off screen, and we get to see it. Sheeran is a WW II veteran who drives meat packing delivery trucks – and begins to sell some of the stuff to a gangster in the Italian Philadelphia crime family. He gets caught – and his lawyer Bill Bufalino (Ray Romano) gets him off on the charges, and introduces him to his cousin Russell Bufalino (Joe Pesci). Sheeran begins to do jobs for Russell – who then introduces him to Jimmy Hoffa (Al Pacino).

Sheeran climbs the ranks after getting close with Hoffa, and the rest unfolds brilliantly. Hoffa, played wonderfully by Pacino, absolutely hates John F. Kennedy, who is responsible for investigating Hoffa throughout the movie. The movie actually provides a decent amount of history with the JFK assassination. Tensions eventually rise with the Bufalino crime family and Hoffa (aided by some very entertaining outbursts by Pacino you’ve come to expect) – and Sheeran finds himself in a bad situation.

Without giving away too much of the film (obviously at 3.5 hours, there’s a lot to give away) the trio of De Niro, Pesci and Pacino truly carries the film. Pesci, who you think would be crazy in this movie (as he is in Casino and Goodfellas) actually ends up showing a side of his acting that you wouldn’t expect. He doesn’t have any violent outbursts – but is still someone you know that no one would mess with. There’s a plot point about Sheeran’s daughter Peggy (younger version played by Lucy Gallina) being scared of Pesci’s character, despite him always being nice to her – and rightfully so.

Pacino is great as Hoffa, and has plenty of Pacino moments you would come to expect. It’s a shame it took Scorsese and Pacino this long to work together – but if this is their lone film together – it was truly worth the wait.

De Niro really captures the essence of Frank Sheeran, as you really feel for the guy – despite the terrible things he’s done. At his core, he wants to be a family man – but at the same time, he enjoys the life he’s chosen, even at the cost it comes with. Sheeran’s daughter (older version played by Anna Paquin) also leaves a very lasting impact after watching.

I’ve seen some complain that the movie is too long – but I didn’t get that at all. Honestly, like I said at the beginning, I didn’t want it to end because I knew what I was watching only comes around once in a long while. There are layers and development to each character (even the small ones) that we don’t really get to see in movies today. With The Irishman, Scorsese has proven that he’s still at the top of his game, and if this is the last mob film with these greats in it – it’s a wonderful send-off. It’s truly amazing that decades into his career, the filmmaker can still pull off something this great. At 77 years old, his passion and dedication is still the same as it was early on.

My only complaint about The Irishman, and it isn’t a knock on the film itself, would be that I didn’t get a chance to see it in the theater. If you did, consider yourself lucky, as I’m sure that’s how Scorsese would have wanted you to experience it. If you still have a chance to do it – take it. If you’re a fan of Goodfellas and Casino (who isn’t?) you’re sure to enjoy this one. As I said, if this is the mob movie send-off for Martin Scorsese, Robert De Niro, Al Pacino and Joe Pesci – it’s a more than adequate one.