Disney Plus’s new series Marvel’s Hero Project is used to show different youths that aim to make a difference. One such youth is Rebekah, a transgender 12 year old that intends to make a difference. As she put it, “I can change the world,” Rebekah stated in an episode of Marvel’s Hero Project when talking about the Mighty Rebekah comic, among other things.

You may or may not be crying, but I waa full-on ugly-sobbing in my break room. Don’t even care:

It turns out that Rebekah and her family have participated in different programs like the Garden State Equality organization to help promote transgender people. They work together to give speeches and convince or persuade others that transgender individuals aren’t bad people like others make them out to be.

In fact, Rebekah even appeared in front of the New Jersey legislature in order to lobby for Assembly Bill 1335, a legislation which would mandate LGBTQ history curriculum in the school education systems.

“I’ve never seen myself in the history they’re teaching,” Rebekah brought up to legislators. She referenced various iconic LGBTQ figures as examples of people that could be taught about in such curriculums.

As it turned out, she made an impact. New Jersey Governor Phil Murphy responded and signed the bill. The LGBTQ lessons will begin next year.

In a new interview, Rebekah opened up a bit more about herself. For example, here’s what she said regarding being considered a Marvel superhero:

“It’s really surprising and cool. But I also think that it’s really important to have a transgender kid in one of these companies because representation is really helpful for kids who are going through their transition to know that they are not alone and that there are people fighting for them.”

She also commented on what it was like to be a role model.

“It feels really cool to be someone who can help other kids going through their own transitions and also just amazing to be that kind of person to support others and show that trans kids are just like any other kids.”

Rebekah also stated what her superpower would be if she had one. She chose acceptance.

“I think my power is acceptance because I accept everyone for their differences and I can empower and tell other people … that everyone is the same and there’s nothing wrong with LGBTQ kids.” 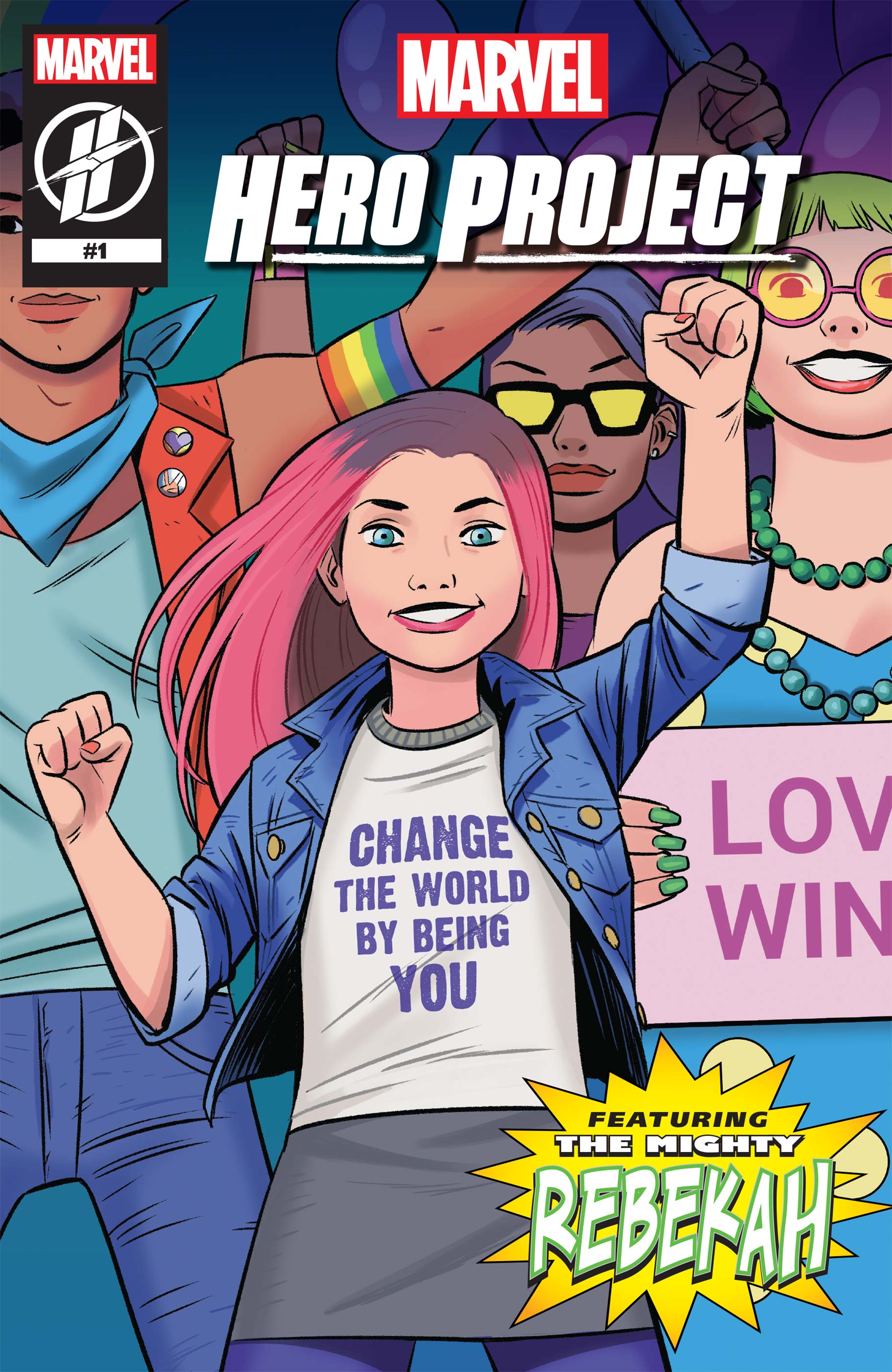 It’s certainly fascinating seeing someone make such major strides for a cause they believe in, and how Marvel would go so far to promote it. The first issue of the comic, MARVEL’S HERO PROJECT SEASON 1: MIGHTY REBEKAH (2019) #1, can be read for free on Marvel’s website.