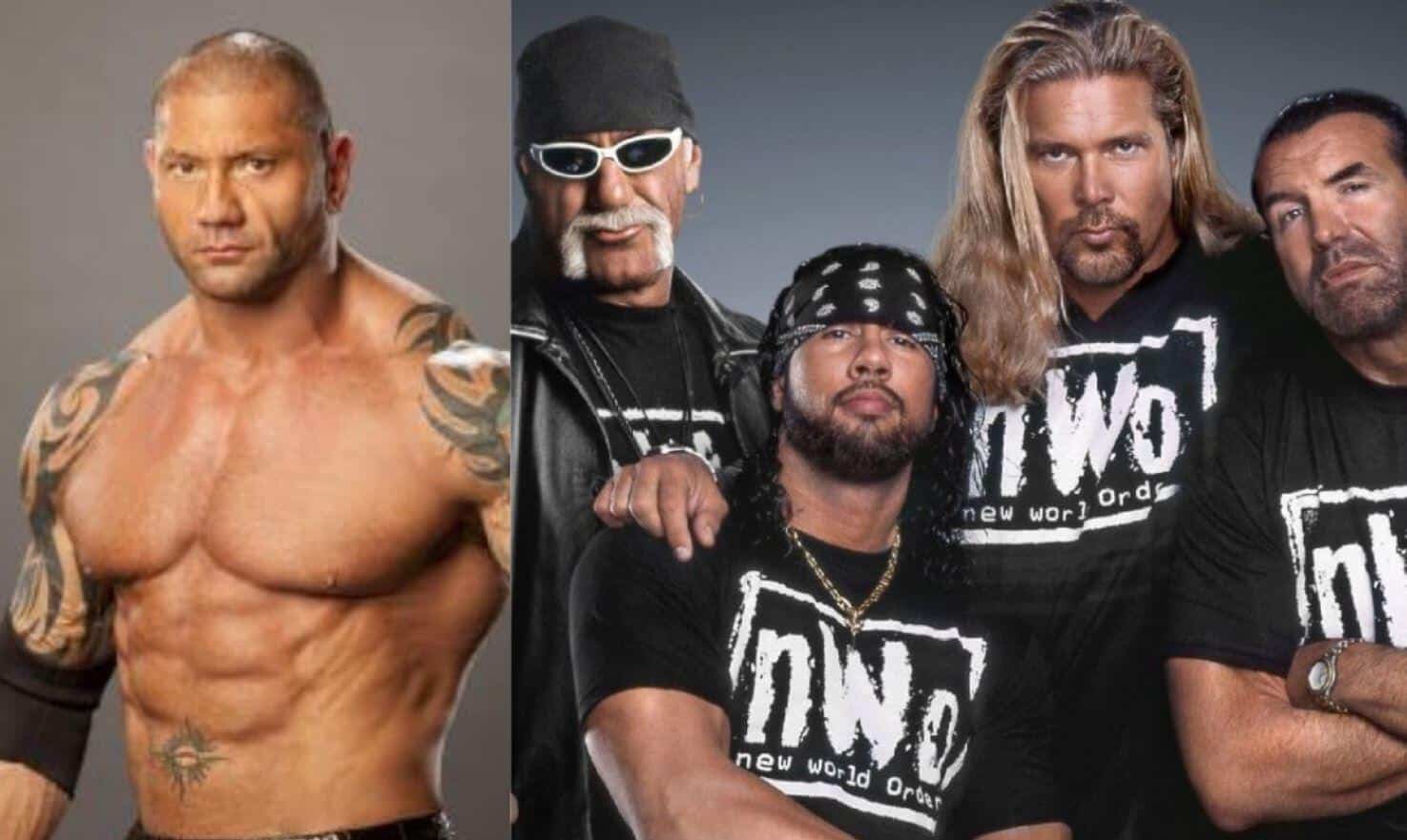 We’re less than a month away from the Road to WrestleMania. WrestleMania 36 will be held in Tampa, FL, with a whole week of shows. One of the biggest moments every year doesn’t happen inside the ring, though. It is the WWE Hall of Fame Ceremony, where legends of the sport are enshrined into immortality for their contributions to Sports Entertainment. Over the years, legends like Hulk Hogan, Ric Flair, Shawn Michaels, Ernie Ladd, Chief Wahoo McDaniels, Dusty Rhodes, The Four Horsemen, Harlem Heat, and so many more have gotten their ring and taken their place in the prestigious hall. And now, in what is probably the earliest news release ever for the HoF, we now know two of the inductees for the Class of 2020.

As first reported by People and ESPN, and then confirmed by WWE.com, ‘The Animal’ Batista and the NWO are the first inductees for the 2020 class. With the event being held in Tampa, this is extra special for Batista, who lives in the area, and hometown boy, Hulk Hogan, who is part of the NWO inductees. Also being inducted as the core of the NWO is Kevin Nash, Scott Hall, and Sean Waltman. This will be the second induction for all four members of the group, and Batista’s first. It is really hard to deny the impact that the NWO had on pro wrestling. They forever changed the landscape of the industry, and lead the charge in the Monday Night Wars, helping WCW beat WWE in the ratings for 84 weeks straight. The NWO were rebels, making up their own rules and defying ‘the man’. They were the perfect faction for the late 90’s.

Dave Bautista (who wrestled as Batista) is a 6 time World Champion whose power and presence was intimidating, to say the least. He got a big push as part of the future HoF bound supergroup, Evolution, alongside Triple H, Ric Flair, and Randy Orton. After breaking out on his own, he became one of the most popular characters in the company. He went on to have major Hollywood success as well, most notably as Drax in the Marvel Cinematic Universe.

Congrats to both inductees for their well-deserved nominations. We look forward to the ceremony during WrestleMania week.

What do you think of these inductions? Let us know in the comments below!

Continue Reading
You may also like...
Related Topics:WWE, WWE Hall Of Fame