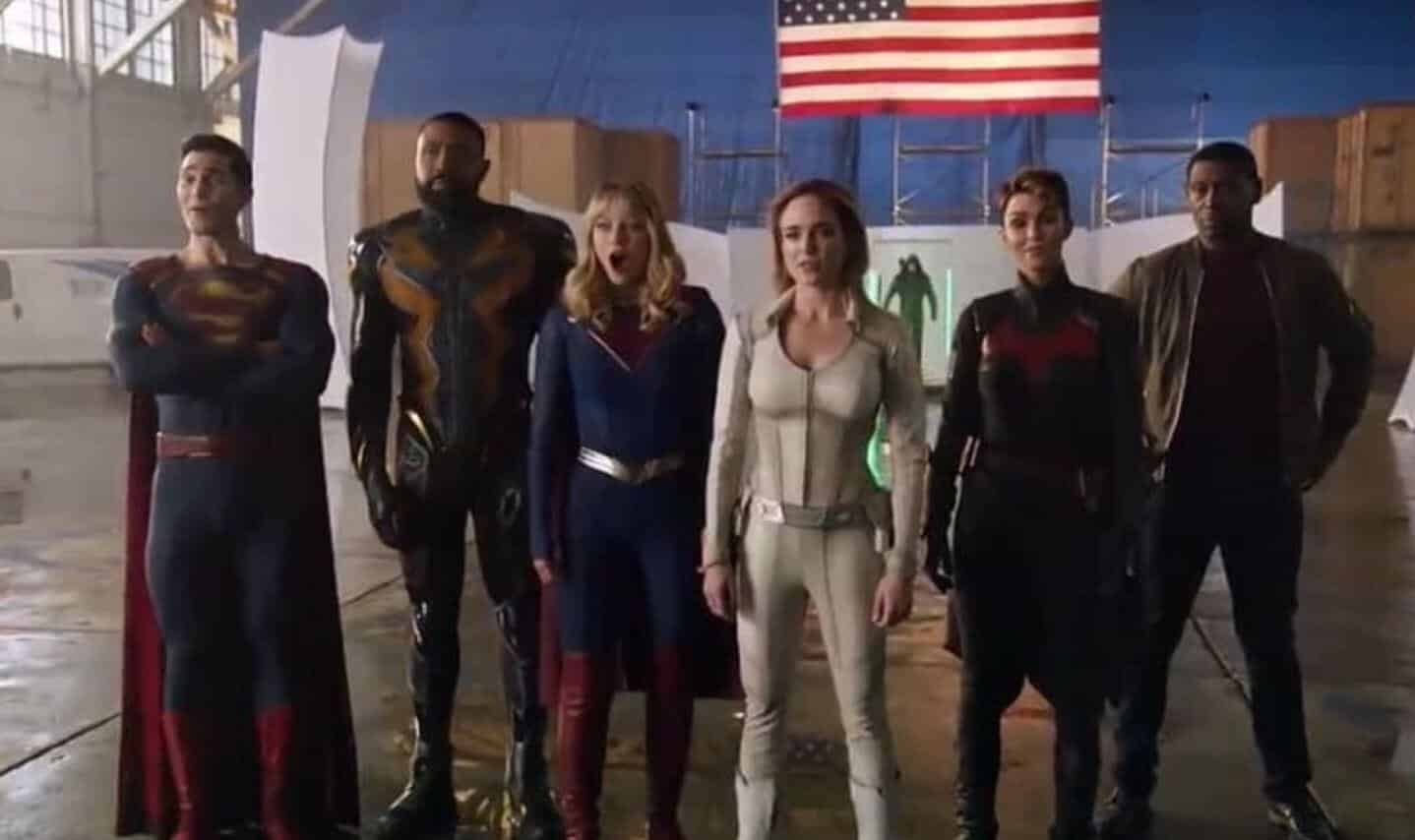 The CW’s Crisis on Infinite Earths has come to a conclusion after months and months of build up. Fans got to see exactly what the heroes of the Arrowverse had to endure in their most harrowing and difficult crossover event yet. The Flash, the Green Arrow, Black Lightning, Supergirl, Batwoman, and the Legends of Tomorrow had the combine forces against the universe ending Anti-Monitor. And, in the process, there were plenty of Easter Eggs to the comics, the DC Universe streaming service, and even the DC Extended Universe films. Let’s take a look at some of the biggest Easter Eggs from the final two episodes of the crossover event, and what is now canon in the CW Arrowverse.

DCEU – We have to start with what has to be the biggest Easter Egg and cameo to ever happen in the Arrowverse. During the Speed Force scene, with CW’s Flash traversing through the heroes’ shared memories to collect each other, he stops in S.T.A.R. Labs. There, he is greeted with a sight familiar to fans: Ezra Miller as the DCEU’s Flash! There exchange is amazing, with both Barry’s highlighting their personalities (the DCEU’s Flash think that CW’s Barry is a cosplayer wanting a selfie!). Before fading away, Miller is hit with the ‘Multiverse’ truth bomb, and he name drops Victor Stone, aka Cyborg. This means that the DCEU, and more specifically Dawn of Justice and Justice League. Could we see more crossovers like this?

Green Lanterns – At the end of the show, as the new multiverse is established, we see Earth-12. From this Earth, we see a green meteor like object leaving the planet, and heading to deep space. It lands on OA, and its an OA we recognize. It is actually the OA from the Ryan Reynolds Green Lantern film! While most people consider that movie a bomb, it is now canon! Will we see some form of Green Lantern on CW at some point? Could we get a Ryan Reynolds cameo?

DC Universe – The DC Universe streaming service has given us several gritty and mature shows, namely Titans, Doom Patrol, and Swamp Thing. All three of these shows get their own Earths (9, 21, and 19, respectively). We get clips of each world, meaning that they are also canon.

The JSA – Stargirl is the latest DC series coming to CW, but it looks like it might live outside the Arrowverse, as it also got it’s own Earth, Earth-2. But, on the plus side, she won’t be alone, and the Justice Society of America will also play a big part in the show, and are seen in the finale.

Earth Prime – The Arrowverse shows have mostly lived on their own Earths, but now, thanks to the ‘Rebirth’ of the universe, all the main shows are melded into one Earth, Earth Prime. Does this mean that there will be no more crossovers? Will we see more pop in cameos on the regular? Speaking of crossovers…

JLA – The Arrowverse just established its own Justice League! At the end of the show, Barry Allen has brought the now singular Earth heroes (Superman, Batwoman, Martian Manhunter, Superwoman, Black Lightning, and White Canary) to a secret S.T.A.R. Labs location. First, they set up a memorial to Oliver Queen. Then, Barry surprises the group with a team table, including seats for each hero and a very familiar logo. The outside of the building also looks familiar, like a certain hall… The Hall of Justice! But, they weren’t exactly alone…

GLEEK! – Hey, you guys remember the old cartoon, The Superfriends? It had all your favorite DC heroes, but it also had a few new characters that quickly became cult favorites. That’s the Wonder Twins and their pet monkey, Gleek! Well, it would seem that Gleek was left in the location a little too long, and has now escaped! How will he play into the future of the Arrowverse?

There were tons more of little Easter Eggs and nods to creators and the comics, but we wanted to hit on the big ones for sure. The future of the Arrowverse has changed drastically, and seemingly for the better. Let’s see what happens next!

Did you catch these Easter Eggs? Let us know in the comments below!

New ‘Black Widow’ Trailer Shows Off The Taskmaster
Brad Pitt Recalls Premiere Audience Reaction To ‘Se7en’ Ending: “What The F*ck Did We Do?”
Advertisement
Advertisement
To Top