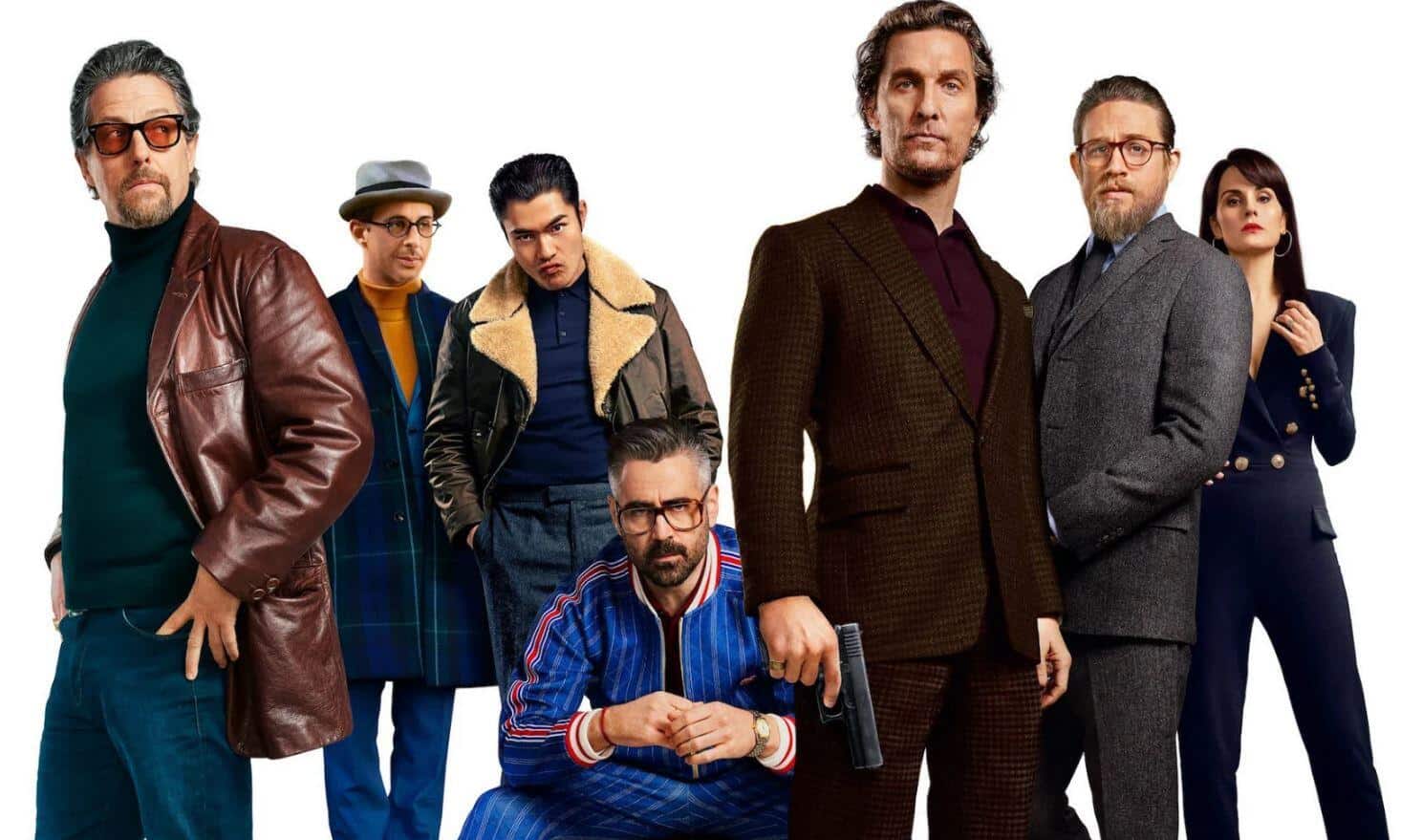 After spending a few years working with Victorian Detectives, Cold War Spies, Arthurian Kings and Arabian Nights, director Guy Ritchie is back to his roots with his latest cockney shootathon, The Gentlemen. But does it hold up to the standard that he had previously set with films such as Lock, Stock and Two Smoking Barrels, and Snatch. The answer, sadly, is no.

That’s not to say The Gentlemen is a bad film per se, in fact the film is very entertaining. The main problem is that it just doesn’t have the same energy that his earlier works had. It forever scratches the surface of a truly great movie but never seems to go far enough to find any real substance.

The story is your usual tale of guns and gangsters but unfortunately, that’s where the problem lies. Everything we see in the film has been seen before, more recently in the countless ‘Cockney Gangster’ films that litter the straight to DVD shelves at the local supermarket. It follows Matthew McConaughey’s Mickey Pearson, one of the film’s titular Gentlemen, as he attempts to get out of the drugs game after a pretty severe mid life crisis. Unfortunately as he attempts to undertake this feat, he finds himself under assault on all fronts – including Chinese Mobsters, tabloid journalists and a team of YouTube savvy kickboxers.

For the most part, the story is told through a series of flashbacks by Hugh Grant’s private investigator, Fletcher, as he attempts blackmail Pearson’s organisation via his right hand man, Raymond, played by Sons of Anarchy star, Charlie Hunnam. Over the course of several bottles of £1500 Scotch and a Wagyu steak (cooked on a lovely BBQ that also warms your feet) we learn about the events leading up to the meeting between the pair. This often leads to a few instances of the old ‘Unreliable Narrator’ trope coming into play, although that’s better left for people to discover on their own.

One of the big issues I had with the film, despite the flashback setup, was that it seemed to follow a very linear story. One of the most entertaining aspects of Snatch was the way that Ritchie managed to juggle several different plot threads and bring them together in a wholly satisfying way. It’s especially noticeable in some of the earlier scenes which are much slower paced.

One of the things which really does work with The Gentlemen is the cast, all of who do a great job in their respective roles. McConaughey is well suited for the businessman aspect of his gangland character, yet can also pull of the violent more menacing side of it when needed. Hunnam is also suitably well placed as Raymond, a man who exudes an unnerving calm in every scene he is in. Fresh off his recent stint as the romantic lead in Last Christmas is Henry Golding, who takes on a more menacing role in this film as Dry Eye. He comes across as a loose cannon in the film, but he’s never really given enough screen-time or script to really feel like a threat.

Two of the more entertaining performances in the film came courtesy of Hugh Grant (who seems to be having a great time playing the camp and somewhat eccentric Fletcher) and Colin Farrell’s Coach, who is a character who feels as though he would be right at home in some of Ritchie’s earlier work.

As I stated earlier, it definitely feels as though it is a step down from the likes of Snatch and Lock, Stock and Two Smoking Barrels but there’s are still elements in The Gentlemen that show that Ritchie does still have a flair for this type of film. Hopefully the next time he does decide to return to the genre, it won’t take as long and if a tease near the end of the film is anything to go by, we may be seeing a few familiar faces.