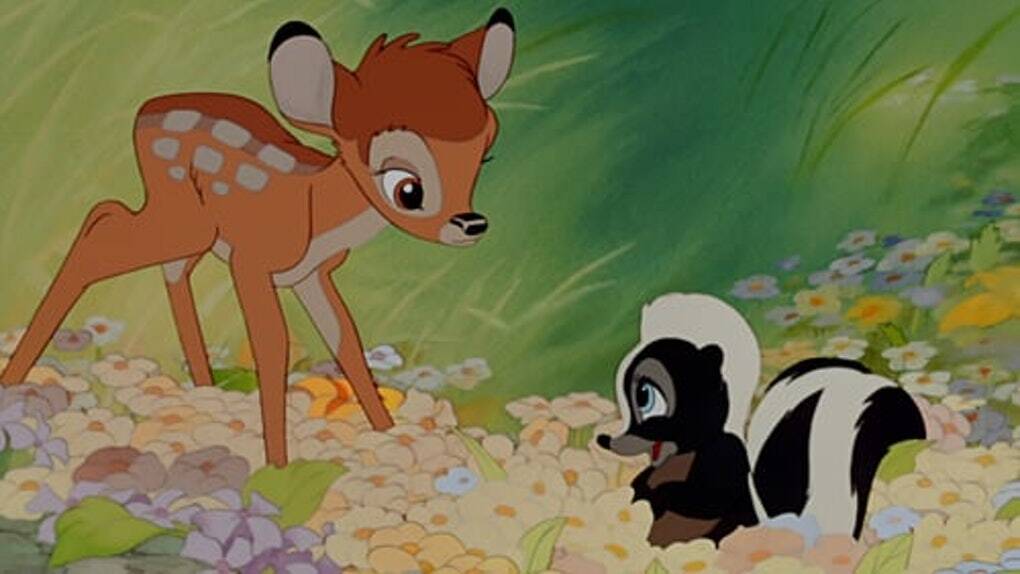 Along with balancing the Star Wars and Marvel properties on their plate, Disney has undergone a substantial effort to reboot their classic animated titles into live-action. While a majority of these projects have been financial success stories, their quality has been a mixed bag. Remakes like Pete’s Dragon and Aladdin were able to imbue their stories with their own unique charms, but projects like Lion King stood out as shameless cash grabs that copies the original’s formula with a live-action paint job. Even with mixed results, Disney is moving forward with its remake trend with Bambi.

In an exclusive story from The Hollywood Reporter, Disney announced that Geneva Robertson-Dworet (Captain Marvel) and Lindsey Beer (the long-delayed Chaos Walking) will write a live-action Bambi remake. For those who have not seen the 1942 original, here’s a quick synopsis from Hollywood Reporter:

The original movie, released in 1942, told the story of a young fawn named Bambi as he learns his place in the forest. With his two best friends, a rabbit named Thumper and a skunk named Flower, Bambi comes of age as he faces the joys and heartache — cue the loss of a parent — of growing up.

Similar to my feelings on the previous Disney remakes, I have mixed thoughts on Bambi. Disney is clearly continuing this trend because of its financial success, even with many of the recent remakes failing to find new avenues of reinventing their predecessors. I don’t mind the concept of rebooting old properties, but I do mind it when these reboots have nothing new to add to their original.

That being said, Bambi has the potential to standout amongst the pack of remakes. The original is still one of the most emotionally moving entries in Disney’s library, giving the new writers plenty of potential to craft an effective narrative.

What do you think about this Bambi remake? Let us know in the comments!

Continue Reading
You may also like...
Related Topics:Bambi, Disney