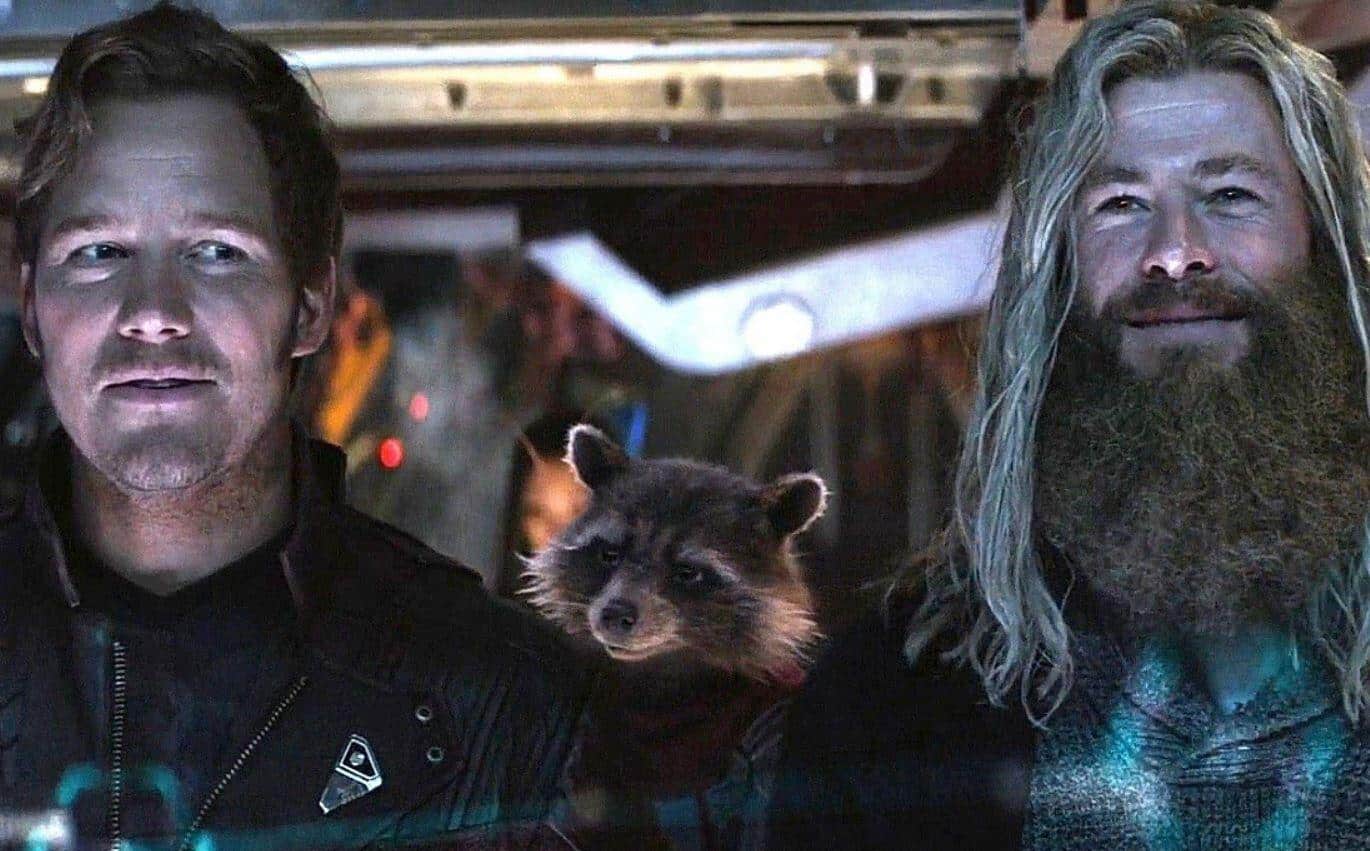 A lot of people are wondering what’s to come of our heroes in Phase Four from Marvel Studios. A. Lot. Audience members got to grow with and love several characters in the MCU over the past 10+ years and the big finale of The Infinity Saga was well worth it. One of the many things folks are wondering about is what’s going on with Thor and his interaction with the Guardians of the Galaxy – and if he’ll be in Guardians of the Galaxy Vol. 3.

Last time we saw the God of Thunder, Thor was hitching a ride with Guardians of the Galaxy at the end of Avengers: Endgame. Thor, played by Chris Hemsworth, had finally decided to forge his own path in life after getting a few resolutions plaguing the superhero.

The chemistry between Thor and the Guardians of the Galaxy was a bonus to Avengers: Infinity War and Endgame. Fans of this dynamic have been speculating about what will happen with Thor in Taika Waititi’s Thor: Love and Thunder and whether the hero will make an appearance in James Gunn’s GOTG Vol. 3. What better way to find out than to ask Star-Lord himself, Chris Pratt?

The actor’s latest movie in Pixar’s Onward recently had its world premiere in Los Angeles at the El Capitan Theater and IGN hosts Sydnee Goodman and Max Scoville were there to interview the actor. The hosts couldn’t help but take the opportunity to ask Pratt if Thor will show up on the next GOTG movie. Here’s what he had to say:

“How do you know that Thor’s not in Guardians 3? We haven’t started it yet. He might be in Guardians 3. We don’t know. There’s no definitive yes or no on that. We’ll just have to wait and see.”

It’s kind of obvious that the answer would be an evasive one. James Gunn’s movie hasn’t started production yet – as the man is still working on the next Suicide Squad movie and Marvel tends to keep everything close to the chest. Honestly though, it would be a missed chance if Thor doesn’t show up in the next GOTG movie. That level of comedy was just too great to not do it again.