Nazis are the scum of the Earth and it’s good to have that type of thinking back in style—it’s also sad that it needs to be reminded by some. No longer are the horrors of Nazism and taking the bastards out in an glorious fashion regulated to WWII FPSs, documentaries, and a fun romp thanks to Quentin Tarantino. Unfortunately for those that think this lifestyle is acceptable, the Jordan Peele produced Amazon show Hunters, is here to remind us that this ideology needs to be curb-stomped out once again.

The show, Hunters, is set in the 70s where a ragtop group of folks are on track for a common goal: Hunt down and snuff out Nazi war criminals that have found a cozy home in America.

The show displays some promising direction, acting, and storytelling in the first episode which is the length of a ninety-minute origin story for Jonah Heidelbaum played by Logan Lerman. The opening credits set up the shows to be a serious strategic strike to instill fears into these war criminals by a cool use of a chessboard.  To help bring some legitimacy in the performance of the show is Al Pacino who plays the blank check of this of operation, Meyer Offerman.

By the end of this introduction episode, the show starts to turn into a chore to watch. 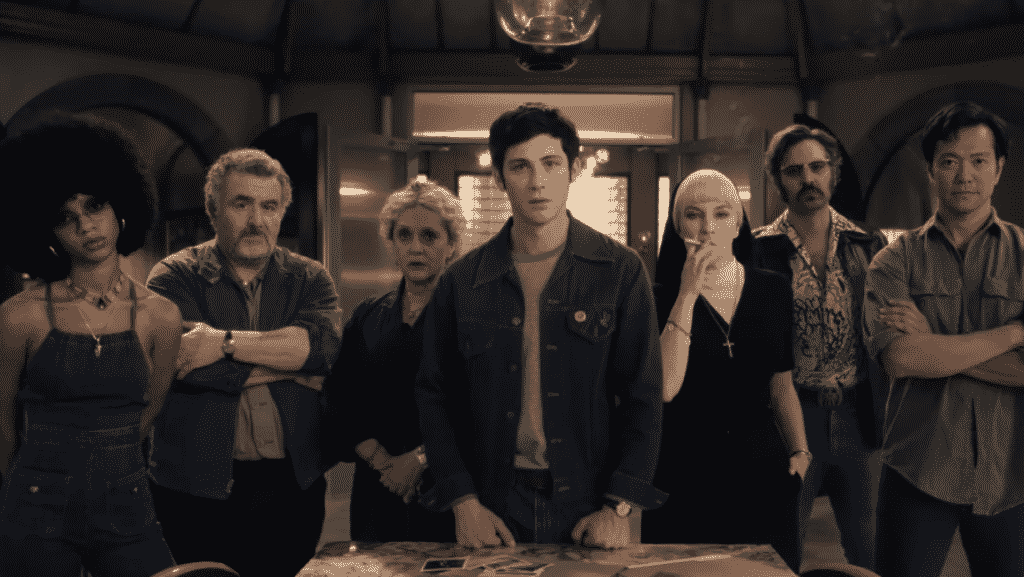 By episode, somehow the acting becomes subpar expect for Pacino and occasional pop up from Dylan Baker who plays Biff Simpson. The team used to hunt the Nazi is an eclectic bunch but is weirdly boring. There are times when members like Lonny Flash (Josh Radnor) or Sister Harriet (Kate Mulvany)  will come out with some serious scene-stealing swinging, but get pushed to the side at to make time for another member that doesn’t add anything to the moment.

Even Lerman, who was great in Fury and The Perks of Being a Wallflower seem to only have two emotions; scare puppy dog or angry asshole.

One of the biggest hiccups this show has is the inability to get the direction on a clearer path. There were parts of the series that would ramp up the tension or bring me into the story with its clever blend of transitioning flashbacks but would kill the dramatic pacing with a poorly placed grindhouse showcase. I get that this is a kind of fantasy story like Inglorious Bastards but bringing that style in and dropping it like a bowling ball worked against the story.

Either go all in or stop messing about. There are ways to still make this show fun to watch without having to use a cheap reason to break the fourth wall.

Although the direction of the series slips up from time to time, the story is at least intriguing. There is an overarching plot within the story that keeps the mystery rolling regarding the Nazis’ evil plans to cause a terroristic event. It gives a valid reason to watch the show and to keep riding along as the plot progresses. I just wish it didn’t take to the end of episode five to remind me why I should be watching Hunters. 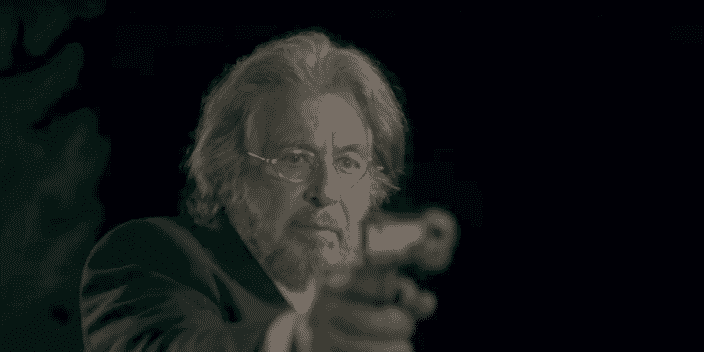 Something that comes off as beneficial for the show is that Hunters will use a different tale at the top of every episode to tell a narrative that does not fall far from the realm of possibility. The series stages a different tale on how Jewish people who were held in these death camps against there will, survived or reminds us of the horrors that went on.

This is a great setup for the next hunt and gives me that familiar itch of how HBO’s Watchmen informed people of the horrific events of Black Wall Street. It just makes the death of Nazis much sweeter to watch when their end has come.

The show is good but could really be great if creator David Weil better-fine tune with what direction to take the action and pacing of the show. The characters need to be better fleshed out and the acting could also use some work. I was interested enough to stick around but if a second season is greenlit and the same mistakes are made, it’ll be hard to keep anyone’s attention long enough for a third season…if that’s in the cards.