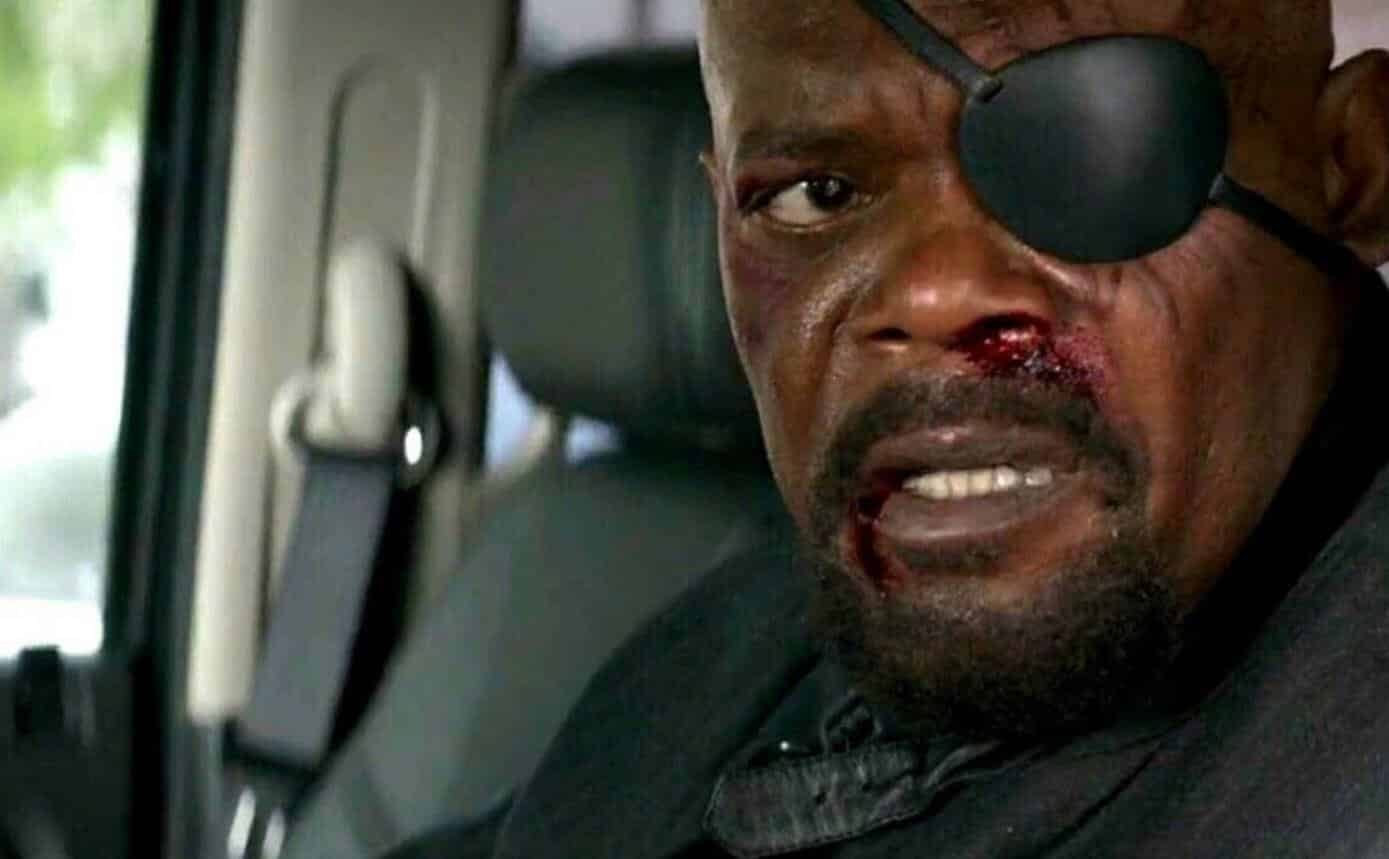 When you create an extensive and collaborative film universe the likes of the Marvel Cinematic Universe, you are treading on new ground. There has never been such a rich and deep connected film realm in Hollywood history as what Marvel Studios has done over the last decade plus. But, with tow dozen films and multiple directors and writers, not every bit of continuity can be accounted for, thus plot holes are bound to happen. And now, thanks to the all encompassing ease of the Disney+ streaming service, fans can scour hours and hours of just about every MCU film all in succession. Now, a previously discussed plot hole concerning a certain one eyed spy in Nick Fury has come back into the light.

Thanks to a new Reddit post, the issue of Nick Fury’s lost eye has come up. In Captain Marvel, which takes place in 1995, we find that Nick Fury, at the time a 3rd level agent, losses his eye due to an attack from the cat like Flerken named Goose. While petting the furry alien, it lashes out and takes out his eye. However, during some exposition in 2014’s Captain America: The Winter Soldier, Alexander Pierce (played by Robert Redford) shows a picture of him swearing in Fury as S.H.I.E.L.D.’s Director, which he states takes place 5 years after they met in Bogota. In said picture, Fury has both eyes, and no scars.

This seemingly creates a major plot hole, right? Well, possibly not. We’re assuming that the Bogota mission takes place after the events of Captain Marvel. After all, why would Fury only be a level three agent if he impressed then Director Pierce? What if Bogota happened in ‘89? What if the picture is depicting Fury’s swear in to S.H.I.E.L.D. as an agent in ‘94? Fury was a CIA spy before joining S.H.I.E.L.D., as he explains in the bar scene with Carol Danvers. The Bogota mission could have been a joint matter, and his actions could have impressed Pierce enough to recruit Fury. So, thanks to bureaucracy, Fury could still be climbing the proverbial ladder in the organization by ‘95. Thus explaining his relatively low status in the ranks when he meets Captain Marvel.

Another explanation, and probably more likely, is that it is simply a continuity error missed from writer to writer. Little things like this will get missed even on a sequel film, much less the massive interwoven stories of the MCU. So, it may be a plot hole, but it doesn’t distract from the greatness that are these films.

Do you think this is a plot hole? Let us know in the comments below!