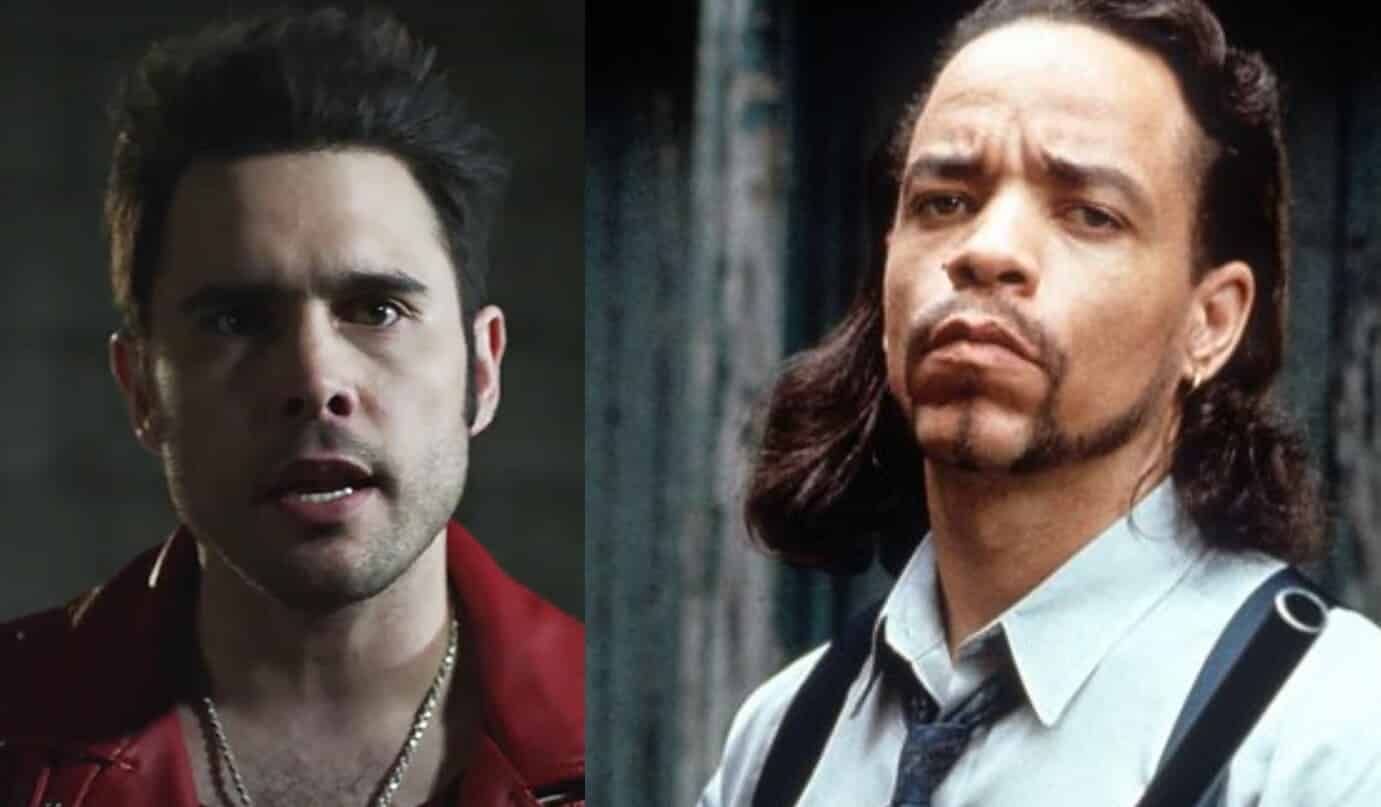 Anyone who has listened to rock/metal since the early 2000’s has undoubtedly heard the band TRAPT at some point in their lives. They sing that song “Headstrong” and had a few other big rock radio hits after that with songs like “Still Frame”, “Echo” and “Stand Up”. They’ve managed to make their way back to the center of the music news cycle over the past month – but the reason that has happened isn’t exactly because of their music.

The singer, Chris Taylor Brown, has been on a massive Twitter war with seemingly everyone who will reply to him – for whatever reason. It started out as something that just seemed like trolling, and now has evolved into something that most people on Twitter can’t seem to get enough of. We’ve compiled some of the most interesting tweets in all of this, and they include replies from other artists in the industry, and even actor (and frontman of Body Count) ICE-T managed to get involved.

Dude.. Keep talkin. We’ll bump into each other one day. https://t.co/iA0OWA5Ahq

So you are threatening me because I’m saying your stream counts are far lower than my band’s? Okay…. Wow

Damn Ice T is threatening me for saying TRAPT has much higher streaming numbers… 😂 You can’t make this shit up! I said he was a great actor… Bodycount is a great group as well. Been around for a long time. Just don’t have the numbers trapt does. Kick my ass though for it… https://t.co/qCJHY4A4YQ

Dude.. I have no Fn idea who you are… https://t.co/LoMponkVSg

Fuck you @AltPress 😂 he tweets about us a half dozen times and doesn’t know who he is @ing?! Like ANYONE is going to believe that! He knew about the trapt power trip bullshit and that was weeks ago! The guy very much follows along… https://t.co/ZuJtcmVxFN

Thinking about how TRAPT blocked me and did not take me on.

a solid rule I’ve always tried abide by is to not piss off Ice-T under any circumstances. so it does my heart good to hear that the Trapt dipshit violated that very easy to follow rule.

Do you have Down Syndrome?

HEY THAT IS MAD CUTE. I SEE HOW YOU TALK MAD SHIT TO OTHER MUSICIANS ON HERE. ASK ANYONE WHO THE FUCK I AM & WHAT WILL HAPPEN NEXT. YOU’RE A STRAIGHT BITCH. SEE YA SOON.

LOOK AT THIS ANTI-SEMETIC FUCKER. pic.twitter.com/Wk7JLvesR2

Previously in the week, it appeared all of this was done:

I’ve let my emotions get the best of me when dealing with twitter trolls. My attitude’s been defensive and I have lashed out. I started this lil twitter journey with a plan 2 use this account 2 do what I can 2 support my President. I’ve gotten away from that goal. That’s over now

Yes it was. But now it’s time to be a bit more serious and that’s how I’m going to approach things from here.

I believe only successful people are allowed to talk shit about other successful people. Peons are not allowed to say shit and I’m here to tell you why. I will be the one person who matters who will give you the attention you so crave… I care about you, believe it or not

😂 are you 7? Isn’t there an age limit for Twitter?

I will make more money than you on ANY given weekend, than you can make in 5 years… you are a massive loser. Bottom of society’s barrel. Scum on the bottom of my shoe

Fuck you both…. I dare anyone to run up on me. They will hugely regret it

Nothing will happen. No one is going to confront me in person….

First show back you are gonna get slapped. Hope the video goes viral

Come try it…. You will get hurt

I am half Mexican you asshole

You won’t…. You’d get thrown into a garbage can where you belong

There was this bizarre set of tweets that were apparently deleted:

Some tweets from earlier this month:

It had to be done.
In a bid for RELEVANCY these turd balls in the band known as Trapt went full #maga
I’m done seeing their tweets pic.twitter.com/DfUfloeNCn

If you’re not following Trapt’s meltdown on Twitter, I’m here to tell you that you’re missing out on some delicious classic Internet Tough Guy cringe tweets pic.twitter.com/dCmJ6Mx0Oy

@TRAPTOFFICIAL literally crying from being bullied meanwhile YOU are the ones who started the bullying and are STILL bullying people. Fuck yourself for calling someone a “fat fuck” nobody gives a shit about your PaNdOrA sTrEaMs pic.twitter.com/IlEBWeKV9a

At least 2/3rds of twitter users talk shit to people and then act like saints when it’s dished back at them… It’s quite interesting to watch.

I know I look good. He’s just mad he is stuck in Ohio for quarantine.

Why not just draw it into one massive unibrow? 🤷🏻‍♂️

Thin eyebrows are not even cute. They stopped being cute in 2002. I get you guys are stuck on the nostalgia of your one hit wonder days but come on 😂😂

My brows are virtue signaling?!? BITCH HOW?!?

And how long you think this one will last? 😂 A sign of a good woman is that she can KEEP a quality man for a long time. What’s your longest relationship?

So he was the first guy and then you figured he wasn’t ambitious enough for you? Then went after men you could never get for a while giving them whatever they wanted the less they gave you? I know chicks like you. Wired completely opposite from a woman who can keep a quality man

😂 so you can say I want to touch children, but if I say anything like that to you, you cry about it. Typical for someone like you.

I said you have a small dick. You went straight for child molestation. In what universe is that like…the next step? Go cry in the corner, Incelimus Prime 😂

You just know it happened and that you damaged because of it. Your defensiveness is very telling

😂 oh you can say I have child rape fantasies but the second someone asks you if that happened to you, you freak out

I said you had rape fantasies BECAUSE you suggested it happened to me. How fucking dense are you?

😂 oh you can say I have child rape fantasies but the second someone asks you if that happened to you, you freak out

No you were saying things like that to me. So I could only infer that something happened to you. You said yourself you are hyper sexual…. there are usually reasons for that,

No, you are not. You are hyper sexual because of a low self worth. You want power and control over another, not to give your power to a man so he can love you with it

You want psychological control over a man. That’s not love. You prob use your sexuality to gain this power and then you get bored… aim higher when dealing with the men you date. Try and find one you truly admire even if he scares you.

Nothing to do with the dick thing. Only your admission of hyper sexuality…. Women are not meant for that. They are meant to find as good of a man as they can so they can be protected after procreation and just worry about the child. This is what we evolved from.

I didn’t say that! I said not meant to be having sex with multiple different men at a time. If this is occurring, there is a repressed issue the woman needs to figure out with therapy

Got DM’d by TRAPT after asking “who hurt you”. Bro really thought I would give him my adress. pic.twitter.com/CI17wtd6sr

And in case you missed it last month, they got into it with a variety of different bands and threatened to sue a parody account:

It’s not going to be hard to find out who you are and sue you… You know that right? Screenshots of the whole thing. In order to violate our impersonation policy, the account must portray another entity in a misleading or deceptive manner. Many tweets u sent have done this. Bye

Whatever man. Already the tweets you’ve are setting you up for some costly damages. Do whatever you want, but this page will be down in a day and I’ll be suing you.

HEADSTROMG ILL TAKE YOU ON

Yes and they quickly change the name they had by adding an A…. before it was the exact same as this account. Now we do not have a problem. #loudwire has become #liberalcucks #Trump2020 #maga

i bet my band out draws yours in your own home town @TRAPTOFFICIAL. want to put it to the test? two shows, different venues, same night. loser donates their entire guarantee to a charity of the winners choosing. @powertriptx is the band. step up or be labeled COWARDS.

.Why the fuck would TRAPT tour with a “nerd metal” band? So does loudwire cover metal or bands that actually have songs?

This guy again! Then who sounds like Tool and Sevendust? You’re a total idiot🤦🏻‍♂️ You cannot say you have an original sound man. Trapt sounds nothing like Breaking Benjamin on a song like Echo. Not even close. Even headstrong’s verses are nothing like BB does. Do better man. https://t.co/2l6WElEY82

This bass player from Metallica cover band @TriviumOfficial is obsessed with tweeting about trapt. So weird. For like a week now. Oh and it’s also weird how some metal bands get played so little on Pandora (a music site that allows people to rate music) Guess that’s why🤷🏻‍♂️ https://t.co/TTrsqvs8BK

😂 . This bass player of @TriviumOfficial is obsessed with me🤦🏻‍♂️ He just can’t stop tweeting about me…. It’s a weird! https://t.co/8X0jHPXCPq

This band @SLNTPLNT has 140k listeners Spotify and 5.5k listeners Pandora. yes 5500. Pretty impressive. I think it’s more like trapt should have these guys as 2 of 4 bands on our next headline tour. Their twitter followers are dedicated AF! You’ll see😂 They are metal core AF too https://t.co/2iISKQgPYG

it’s true we failed at covering headstrong so instead u get lower empire sry https://t.co/vYSTKAKTbf

I’m not starting any of this…. People want to make fun of the band for my views or having a hit song, or defending the band in any way, that’s fine. I’m just going to hit em back🤷🏻‍♂️

I’m sorry this is happeneing to you.

There are a lot more tweets on the band’s official account that feature a lot of what you saw on this article – and politics. It would be impossible to list all of the tweets, as they seem to be dropping by the second.

On a lighter note, however, TRAPT has revealed that the band’s new album, Shadow Work, will be released next month.

Continue Reading
You may also like...
Related Topics:Horror, Ice-T, Trapt