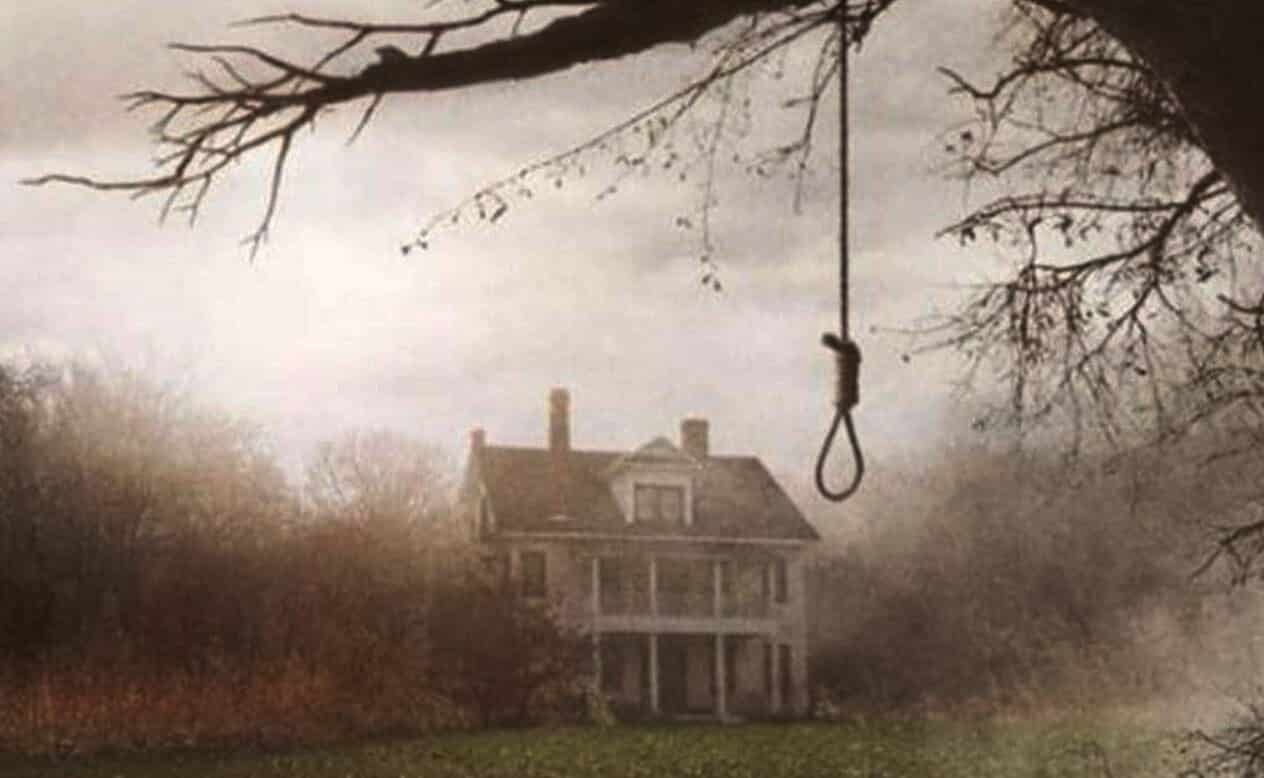 Many horror fans have recently become aware over the years of the house which inspired The Conjuring. The eerie farmhouse in Rhode Island was once the sight for various horrifying experiences which were ultimately looked into by Ed and Lorraine Warren, two real-life paranormal investigators that would become the basis for the Conjuring film franchise. As a result, the house has become notorious for this history and its new owners – Corey and Jennifer Heinzen – have recently began live-streaming the house with the Dark Zone Network. The live-stream at the Conjuring house is intended to raise money for charity, and now one viewer has decided to write about the phenomenon they’ve witnessed while tuning in.

As we’ve previously reported, the live-streams for the Conjuring house are scheduled to take place from May 9 to May 16. The family living inside are going about their daily routines while sixteen cameras record the house constantly. And as stated above, one user – Andrew DaRosa – took advantage of these cams after logging into the live-stream at 7:30 PM. Here’s what he saw, via CTPost.

He described coming across various orbs, but was quick to remind that the house is apparently both very dusty and home to many insects. Apparently this combination of dust and insects can sometimes look like orbs. If you’re beginning to feel disappointed, DaRosa did mention there were some eerie flashes from the upstairs bedroom which is considered a “hotbed” for paranormal activity.

“One room on the multi-cam that seemed to break this trend was the Center bedroom, which would become the hotbed for activity throughout the night. I believe I saw an orb or two on that channel, however, what struck me as odd was the sudden flashes of light that would disrupt the video. These flashes would later become important as Corey Heinzen detailed that people visiting the upstairs bedroom would complain of flashing lights without a source.”

After that eerie experience, DaRosa also described getting to watch an actual spirit box session.

“Upon communicating with the sprits, the paranormal investigators were able to get a spirit to identify itself as ‘Marcus,’ who said he was 200 years old and was nervous.”

DaRosa explained he didn’t want to believe the spirit box session at first. After all, a spirit box is usually just some kind of radio – and it’s possible that it picked up some irrelevant message that could have been interpreted as an answer. But it was this particular answer that seemed too appropriately chilling:

“The spirit continued to talk through the spirit box for some time, saying it was ‘sad’ and ‘stuck’ in the house. Also, when provoked to swear by the researchers, the ghost said in a muffled voice: ‘f*** you.’ While this segment still made me hesitant to believe they were actually communicating with a spirit named ‘Marcus,’ I was still shook up from hearing the answer of ‘water.’”

Apparently the witch Bathsheba drowned her offspring, Bathsheba of course being the witch assumed responsible for the original haunting of the house. Thus why “water” is such a chilling answer.

There were several other eerie occurrences, for example:

“I took a peek at some of the other cameras, and noticed for a brief second a small garden snake in the basement, which the family said is a normal occurrence. Snakes are often associated with demons, which made me shake in my boots when the basement camera suddenly turned blue and shut down.”

The night continued with the Heinzen family discussing how haunted the house has become. But most creepily, perhaps, was a drawing they found in their basement which “contained a child’s drawing of a hanging woman with a bent neck, and her tongue hanging out.”

While the live-stream didn’t appear to have anything as crazy as the actual Conjuring movies happening about on camera, it certainly sounds like an eerie way to spend the night. Whether the occurrences caught on camera at the Conjuring house are real or not is one thing, but it certainly seems as though Corey and Jennifer Heinzen put together one spooky live-stream.

Continue Reading
You may also like...
Related Topics:Conjuring, Horror, The Conjuring