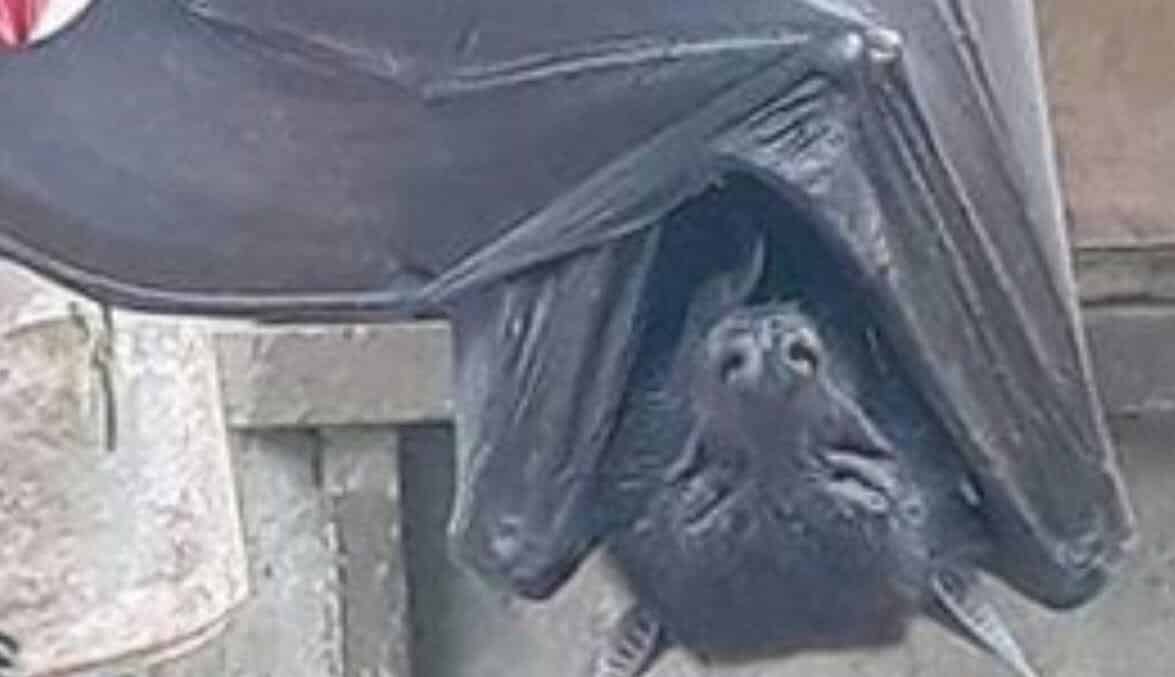 Perhaps it’s just the way 2020 has been going all year long, but some people are understandably on edge. After all, with the likes of massive pandemics and vicious insects that are dubbed “murder hornets”, who isn’t a little preoccupied thinking about the next possible addition to this bizarre and memorable year? Well, maybe we could be adding human-sized bats to the list.

That’s right, human-sized bats. Luckily, this isn’t the type of genetic mutation you’d expect to see in a low-budget horror movie. (At least not yet, who knows what 2020 is capable of.) But rather, these human-sized bats are a natural occurring species called the “giant golden-crowned flying fox.” Unless you happen to be afraid of bats, they’re actually fairly cute. And on the plus side, giant golden-crowned flying foxes are actually a type of vegetarian and generally only eat fruit.

As you can see in the below Twitter posts, they contain a handful of interesting facts regarding the bats which do get to be a pretty decent size.

Remember when I told y’all about the Philippines having human-sized bats? Yeah, this was what I was talking about pic.twitter.com/nTVIMzidbC

yall the 5.58 ft means like this. not the bats height itself pic.twitter.com/AV3hgAW3VB

Let me clear things up for a bit

1. It’s a 6 year-old human-sized or like about that of a small dog (check the replies)
2. 5.58 is the wingspan, not it’s height
3. I apologise for using “human-sized.” It was how it was referred to me for a very long time and I believed it+

+because I saw pictures of them being that big (there are pictures in the replies)
4. It’s endangered
5. This pic in the tweet above this one is already old
6. The purpose of this tweet was to share stuff about what I thought I knew. I’m reading the replies and I’m educating+

+myself so I’m sorry I made y’all upset about what I said
7. I apologise for not putting a trigger warning

Holy hell I would be terrified if I saw one of those irl. Don’t get me wrong… I love bats, this is just so wild a concept that it’s not registering in my brain and I’d be convinced I was seeing a demon or smthn

Heya, from the Philippines here. I can confirm this, they have a huuuuuge wingspan but the bodies are not really that big, more or less like the same body as a medium (bit smaller) sized dog. And yeah they only eat fruits, guavas most particularly. They’re really gentle too.

no if i saw a cat the size of a human i’d be scared to. if something that’s normally pretty small grows into something GIGANTIC it’s natural to be nervous/sacred

why do i feel like this thing is mothman

I smaller than it, now that’s scary

As you can see the photo has thousands of reactions and comments – which is pretty crazy.

Although when you do the math, it’s more so the size of a human child than human adult. Nevertheless, it’s probably not something anyone would want to see fly out at them in the middle of the night. As another plus, they happen to mainly be native to the Philippines. Then again, murder hornets were native to Asia – so, hey, look out for any possible bat surprises this year.

Sadly, the giant golden-crowned flying foxes are also endangered and out of three subspecies discovered since 1831, one of them is already extinct. So maybe they’re not so dangerous after all. Perhaps we should educate ourselves on these misunderstood creatures rather than fear them. That is, at least, until some lab experiment goes horribly wrong and unleashes the ultimate flying predator on us all.