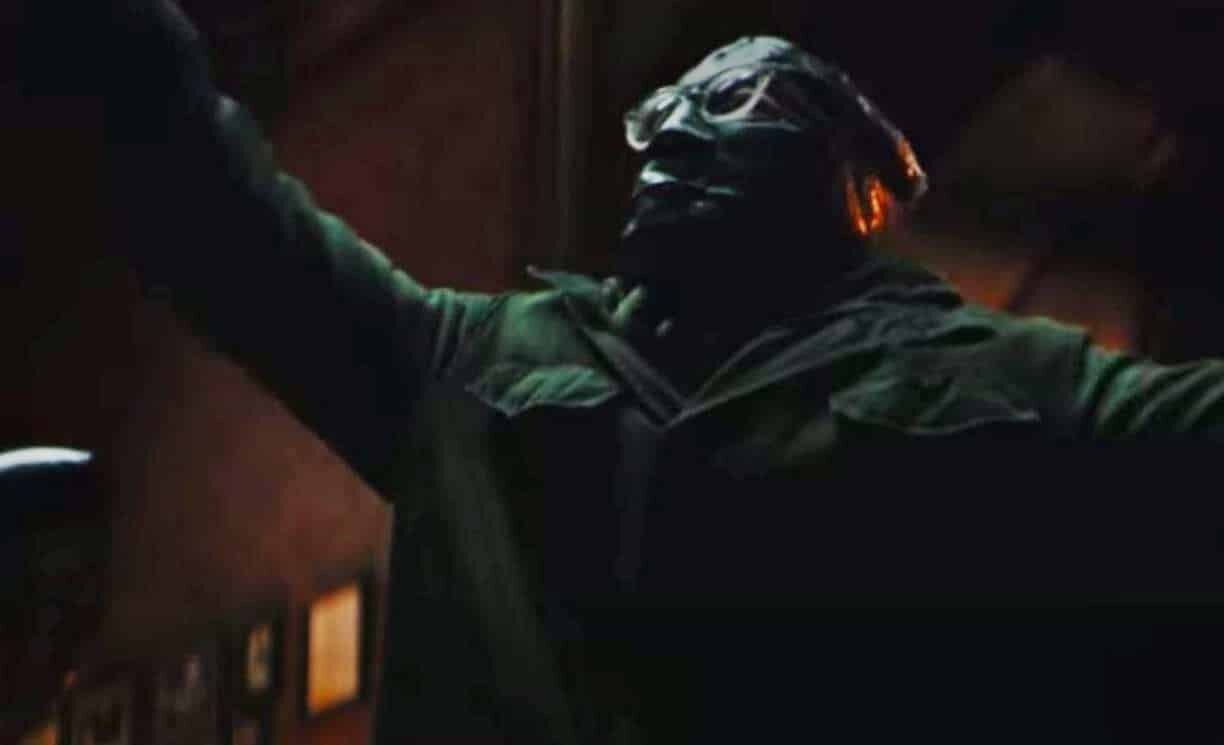 The COVID-19 pandemic has put a damper on so many productions that were underway. Several films and television shows had to stop mid shooting because of quarantine. One such film that had to turn off the cameras was The Batman. Directed by Matt Reeves and starring Robert Pattinson, the film looks to explore the World’s Greatest Detective’s second year as a masked vigilante. And, although they’ve only shot about 25% of the film, Matt Reeves surprised fans with the first teaser trailer at DC Fandome! And while we may not get a look at all the villains that will be showcased in the movie, we did get our first look at Reeves’ vision of The Riddler!

Paul Dano stars as the Riddler in this film, but from the looks of it, it’s a vastly different and much darker take on the character.

“If you are justice, please do not lie.
What is the price for your blind eye?”

God, Paul Dano as the Riddler is going to be one mesmerizing experience. He will probably end up as one of the greatest comic book villain performances. #TheBatman🦇 pic.twitter.com/n1LKz5M0po

Firstly, he’s wearing a full leather like mask and goggles. It’s a definite serial killer vibe, for sure. And, from the trailer, it would seem he’s living up to that vibe, setting up murders as part of his riddles to Batman, the new object of his nefarious plans. Now, while this character in the trailer has not been confirmed to be the Riddler, the fact that clues and riddles are being left at the crime scenes seems to pretty much cement his identity.

Paul Dano himself can’t reveal any spoilers about his role, as he told The Playlist (via ComicBook), but he’s excited to see where he can take such an iconic villain:

“I can’t even legally can’t say anything about it. There’s something fun there in my character and in all the characters. It’s the kind of movie that we’re just desperate to share on the big screen in a big way. So, I hope we all figure this [coronavirus situation] out and get excited to see a Batman movie. It will be worth it. It’s going to be really cool.”

Matt Reeves has said that this with be a fresh take on beloved characters, giving fans a familiar look while also showing them in a whole new light. Hopefully production can restart soon and we can get even more information on the highly anticipated film.

Are you ready for Paul Dano’s Riddler? Let us know in the comments below!

Continue Reading
You may also like...
Related Topics:DC, Matt Reeves, Paul Dano, The Batman, The Riddler

‘Justice League’ Snyder Cut Will Be Four One-Hour Installments On HBO Max
‘SHAZAM 2’ Gets Official Title ‘Shazam! Fury Of The Gods’ And A Special Cameo
Advertisement
To Top