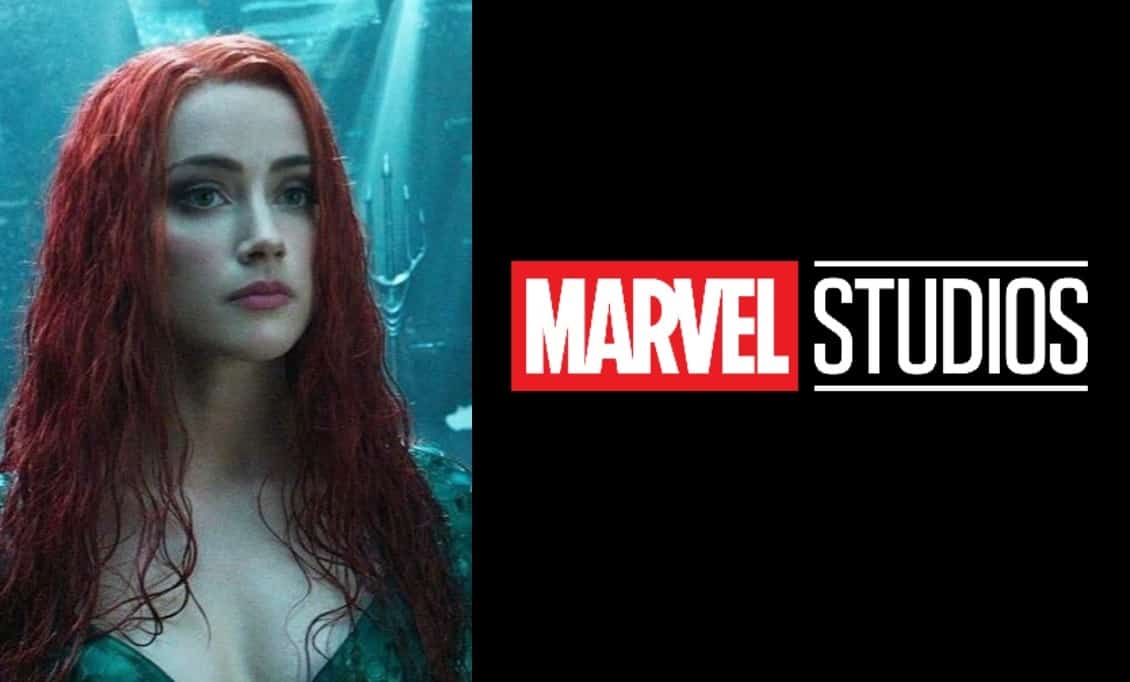 Unless you’ve been living under a rock without any Wi-Fi available, you are most likely aware of the tumultuous abuse case between Johnny Depp and Amber Heard. This case has been polarizing at best, with people siding with Heard after she posted pictures and an op-ed – and others siding with Depp after he released recordings of her admitting to abusing him and friends of hers saying that she faked the pictures. However, most recently, Depp lost his counter-suit when a judge refused to look at his evidence and took Heard’s word as fact. Now, as Depp is losing his career (was just fired by WB from the third Fantastic Beasts film) Heard’s career is somehow skyrocketing. Not only is WB keeping her on as Mera in the DCEU – but a new rumor has her possibly joining the Marvel Cinematic Universe!

Daniel Richtman is reporting that Kevin Feige is actively pursuing Amber Heard for a role in the MCU. It was also rumored that Heard was up for the role of Captain Marvel before it went to Brie Larson, but these claims are unsubstantiated.

With all of the progressive moves that Marvel is making, trying to be diverse in their casting, as well as aware of issues, it seems highly unlikely that Feige is even considering Heard. Whether you believe her or believe Depp, the controversy surrounding her is not worth the trouble. With a massive boycott of Aquaman 2 coming via a Change.org petition (over one hundred million signatures to remove Heard from the movie), Feige certainly wouldn’t want that same heat to hit a Marvel movie. So, again, take this rumor with a massive grain of salt, and basically believe nothing until Marvel either makes it official, or denies it alright.

Would you want Amber Heard in an MCU movie? Let us know in the comments below!