Some Are Boycotting ‘Space Jam: A New Legacy’ Over Controversial LeBron James Tweet

Space Jam: A New Legacy hits HBO Max in July and while many seem pretty excited about the movie, there is apparently a group that won’t be seeing the movie following LeBron James‘s recent tweet about a police officer following a shooting in Columbus, Ohio. 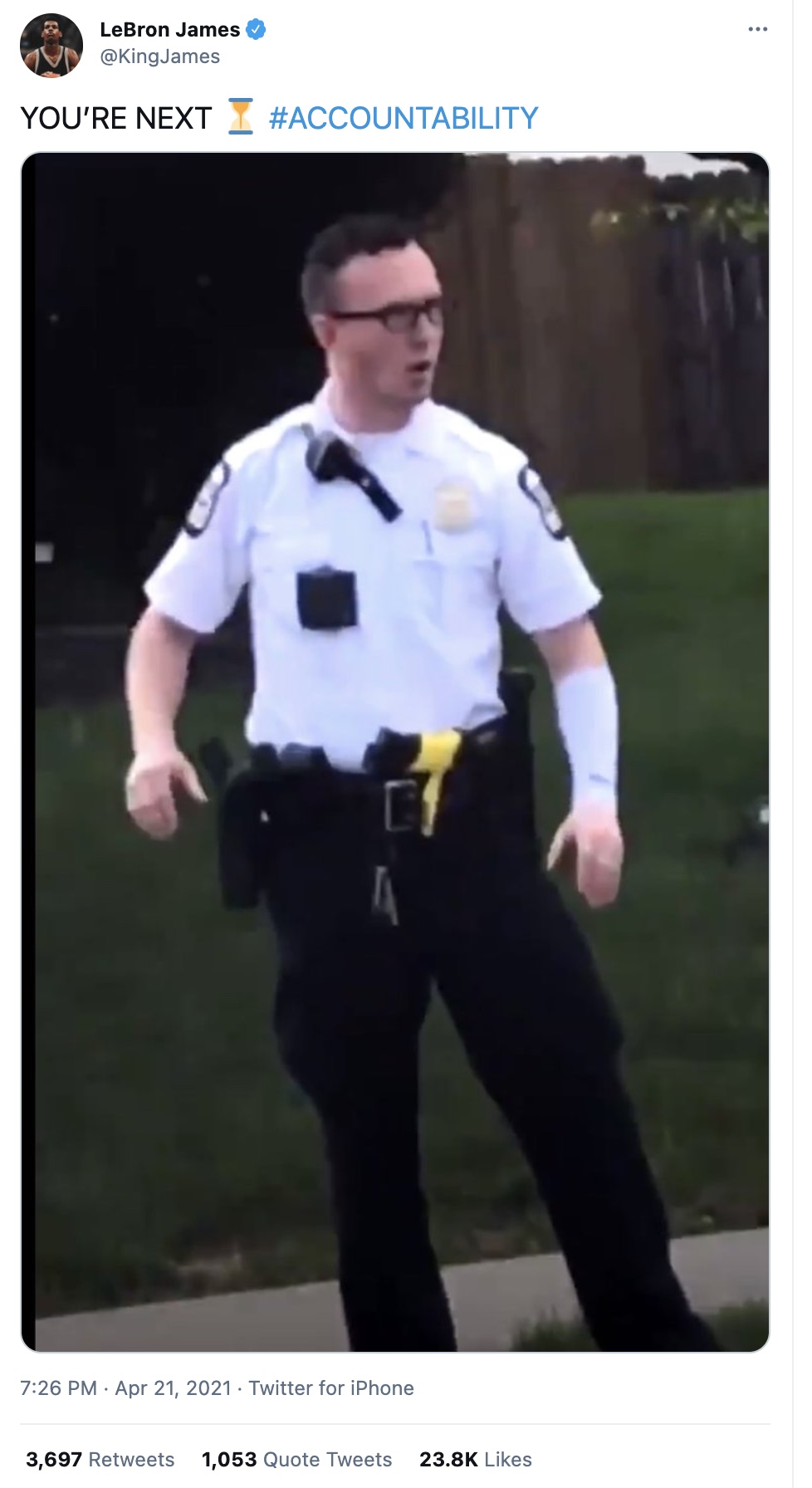 James deleted the tweet, and offered the following explanation:

ANGER does any of us any good and that includes myself! Gathering all the facts and educating does though! My anger still is here for what happened that lil girl. My sympathy for her family and may justice prevail! 🙏🏾✊🏾🤎👑

I’m so damn tired of seeing Black people killed by police. I took the tweet down because its being used to create more hate -This isn’t about one officer. it’s about the entire system and they always use our words to create more racism. I am so desperate for more ACCOUNTABILITY

The video that James is talking about can be seen below – but just be warned – it’s very graphic.

The call for a boycott originated from Jack Posobiec in a tweet you can see below.

And while some seemed to echo that same sentiment, while others said they would NOT be boycotting the movie.

Imagine if that were your daughter in the Pink. What would you want that officer to do? pic.twitter.com/EcYvry3ubx

Massa Lebron (he is a slave owner) is clueless. Maybe he is next. Boycott space jam nba and Nike

Time to Boycott LeBron “King” James, Space Jam 2, and Warner Brothers. You don’t threaten police officers especially when they just saved someone from being stabbed. pic.twitter.com/bvUwKTfQy7

Some people want to boycott Space Jam because of Lebron James.

Some people want to boycott Space Jam because of Lola’s redesign.

It’s your time and money; do what you want. https://t.co/hTdN0HGTSS

Just you saying boycott space jam has motivated me to want to watch it. Thanks for the AD.

Boycott Space Jam 2? Sounds like a good idea to me. It’s probably going to suck anyway.

Two facts:
Most people that would “boycott Space Jam” weren’t going to see it anyway

The people who bitch and moan about cancel culture the most are the people that encourage it the most https://t.co/Y2C0E8VsK2

Let’s get it trending https://t.co/zSEy6HMJeJ

Boycott Space Jam 2. Don’t give Warner Brothers a penny. @KingJames hates the police and threatened the life of a cop today, then deleted the tweet, like a coward.

As to whether or not the boycott will actually happen, remains to be seen. If you plan on watching the movie, you can do so in theaters or on HBO Max on July 16th.