‘Final Destination’ Trends After Log Crashes Through Windshield In Video 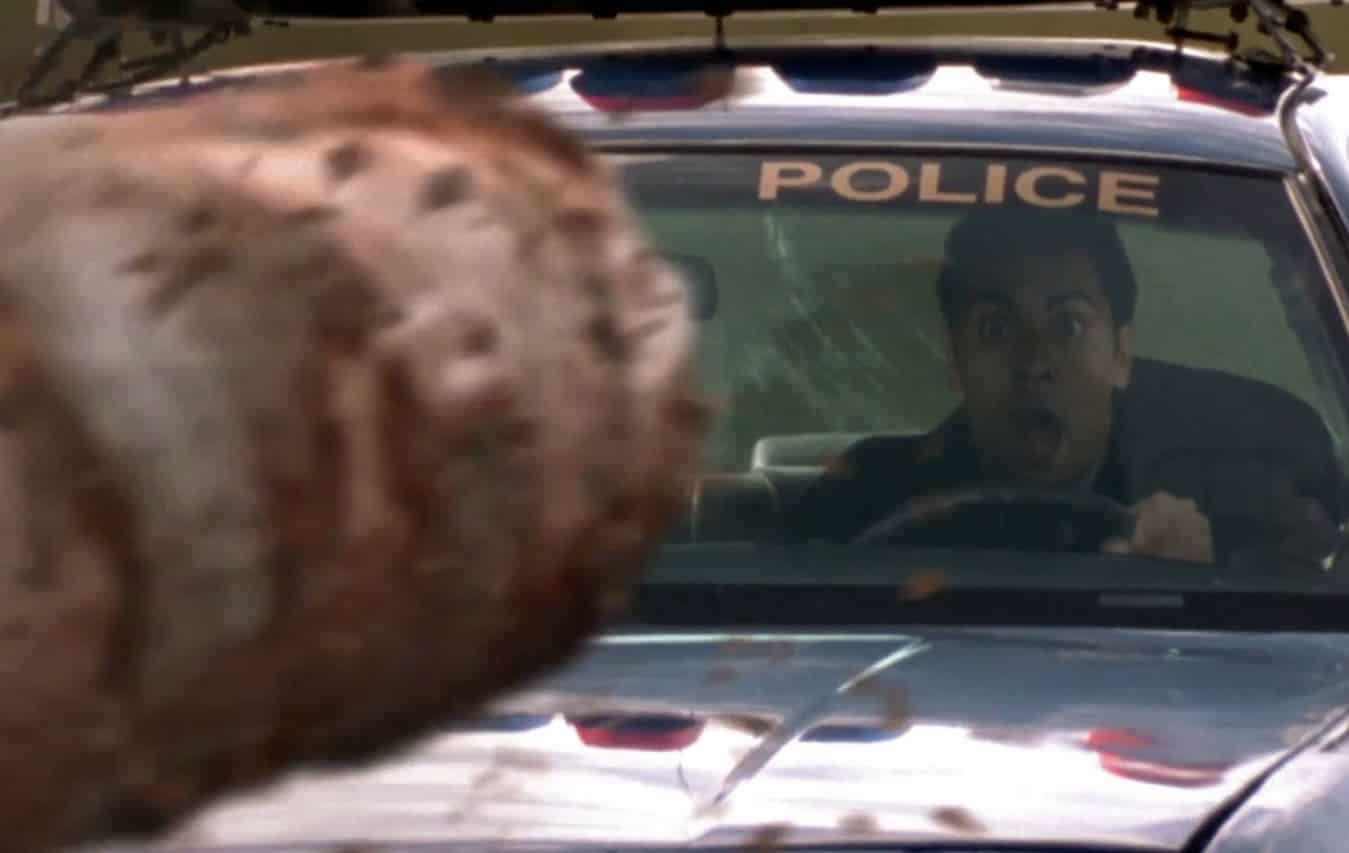 On occasion, a great horror movie scene can be so memorable and horrifying that it simply becomes associated with everyday real world occurrences. For example, it’s incredibly common for people to associate going to the ocean with Jaws. Meanwhile, others will often associate creepy motels and showers with the black and white horror film Psycho. It just shows how these movies can sometimes dig into our psyche and conjure up our worst fears. Well, as shown in one viral video recently, one of these fears essentially came true. Many people have for years been terrified by the opening sequence of Final Destination 2. It’s a horrific scene in which an accident with a lumber truck sends wooden logs flying through cars. Now, as you can see in the below video, someone captured footage of a log having flown through a car windshield much like the opening from Final Destination 2 depicted.

As appropriately stated in the video’s caption, even the uploader emphasized how much of an impact the log would have on those who grew up watching the Final Destination horror film franchise:

“Pretty sure this is every millennials nightmare”

Pretty sure this is every millennials nightmare pic.twitter.com/oXmd6cfb66

Indeed, the footage is a little more than horrifying. Especially for those of us who’ve desperately tried to avoid such lumber trucks every day on the road. While we can be thankful these types of accidents aren’t as common or likely to happen as the movie suggested, this video is a strong reminder to be careful when driving on the road. It’s also a strong reminder as to how great of a horror franchise Final Destination was and how powerful the films were in making everyday occurrences become nightmare fuel.

Luckily, the franchise is well on its way for a massive comeback – as Final Destination 6 was announced prior to the COVID-19 pandemic. Hopefully we’ll have details on that project soon, and with this newfound hype for all things Final Destination, now is a better time than ever to get the franchise rolling again. As such, stay tuned to ScreenGeek for updates on that front as we have them.