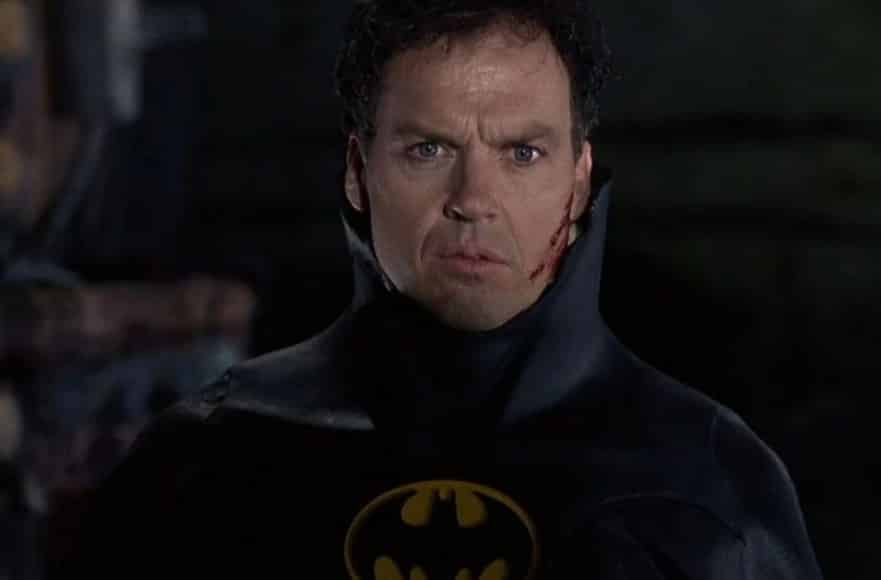 With The Flash finally undergoing filming, we’re getting all sorts of exciting looks at the new film. This includes a series of teaser images, and even a look at the old school Wayne Manor. But this new photo is possibly the most exciting yet – as we get our first look at actor Michael Keaton reprising his role as Bruce Wayne from Tim Burton’s Batman and Batman Returns. Along with this, there are also new looks at Ezra Miller and Sasha Calle, who will be playing The Flash and Supergirl, respectively.

Here are the images below which were shared by NewWestBoy via The Girl Sun:

Obviously these looks at the cast aren’t the most informative images, but they are exciting nevertheless. It’s been a long time especially since we last saw Michael Keaton as Bruce Wayne, and his take has been extremely missed in the decades since. As such, it’s great to see how well he’s managed to slip back into the role. It’ll be equally exciting to see how he looks back in the Batman costume.

As of this writing, plot details on the upcoming film are very sparse. But it’s expected to adapt elements of the Flashpoint storyline from the comics. This is what should allow The Flash and Michael Keaton’s Bruce Wayne to co-exist and interact with one another. Hopefully we’ll have more details in the near future.

Andy Muschietti is currently directing The Flash from a script written by Christina Hodson.

Ezra Miller will be starring as the titular superhero The Flash. Meanwhile, the aforementioned Michael Keaton will be playing Bruce Wayne aka Batman for the first time since Batman Returns. Actress Sasha Calle will be playing Supergirl. Ben Affleck is also expected to return as his take on Batman from the modern DCEU.

The film is currently scheduled for a theatrical release date late next year on November 4, 2022.