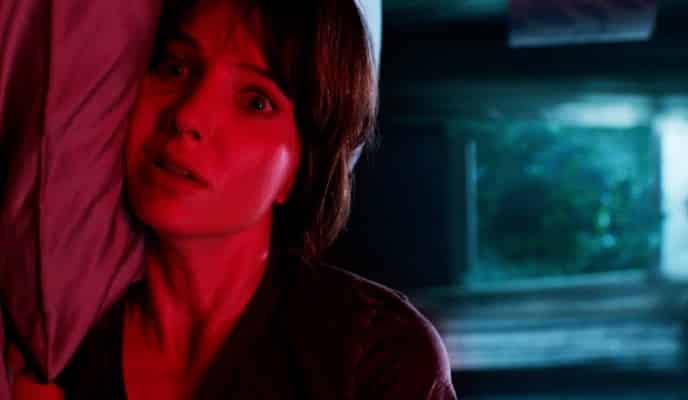 When many of us were little kids growing up, we had an imaginary friend. Someone who was always by our side, always had our backs, and allows your imagination to soar. However, when your imaginary friend returns during your adult life, turns out to be real, and murders people in a gruesome and horrific manner, your life is definitely flipped upside down. This is the premise of the new horror film Malignant. James Wan, the man behind Saw, Insidious, and the Conjuring series, is back with another terrifying and unique story. And we now have the first trailer.

Malignant is a story about Madison, who is having horrific visions of murders that may very well be happening in real life. As the realization comes out that these visions are of real events, her life gets worse when her imaginary friend returns and my not be so ‘imaginary’ after all. The film includes Annabelle Wallis (Annabelle, The Mummy), Maddie Hasson (Impulse, Mr. Mercedes), George Young (Containment), Michole Briana White (Black Mafia Family, Dead to Me), Jacqueline McKenzie (Palm Beach, Reckoning), Jake Abel (Supernatural, Percy Jackson) and Ingrid Bisu (The Conjuring: The Devil Made Me Do It, The Nun).

It is hard to determine what is more terrifying: having lifelike visions up real life murders or the fact that your imaginary friend from your childhood is not only real but the malicious murderer terrorizing your town.

To say this looks terrifying is an understatement. James Wan always brings the horror at extreme levels. And this story looks like what if Drop Dead Fred was an R rated horror film. On the plus side, you’ll be able to watch this film under your blankets from home as WB is hosting their 2021 film slate in theaters as well as on HBO Max for the first thirty days. So, get your microwave popcorn, curl up on your couch, and prepare to never sleep again as James Wan presents Malignant.

Are you ready for Malignant? Let us know in the comments below!

Continue Reading
You may also like...
Related Topics:Horror, Malignant