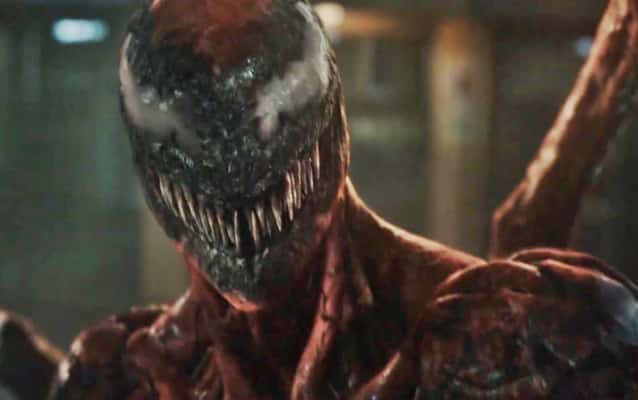 One of the most exciting Marvel-related films on the way is Venom: Let There Be Carnage, the upcoming sequel to the rather surprisingly good film Venom. One of the reasons this film is so highly anticipated by fans is that it will introduce the live-action take on Carnage, one of Venom’s most memorable villains. While we have seen glimpses of the villain along with Woody Harrelson’s character Cletus Kasady, the man who ultimately becomes Carnage, we haven’t quite seen a clear and complete look. This has now changed – as we’ve been given a brand new trailer for the Marvel sequel!

While he is stylistically similar to Venom, Carnage certainly has his own distinct look and flair. It’s definitely an exciting full look at the character’s design. It’s also worth noting how nice it looks with Venom in the new film. And, after seeing Cletus Kasady teased at the end of that first film, it’s nice to finally see the wait pay off.

If the trailer wasn’t enough for you, here’s a glimpse at some new statues that surfaced on the internet in the past week:

Just as select IMAX theaters in China received a Venom statue for the first movie, select theaters are also receiving a Carnage statue for Venom: Let There be Carnage! pic.twitter.com/YPbOpaRfbr

In the meantime, we still do have a little bit of a wait to go before Venom: Let There Be Carnage is finally released. So stay tuned to ScreenGeek for updates on all things Venom and Marvel as we have them.

Fans can expect the film to hit theaters in just a few months on September 24, 2021.