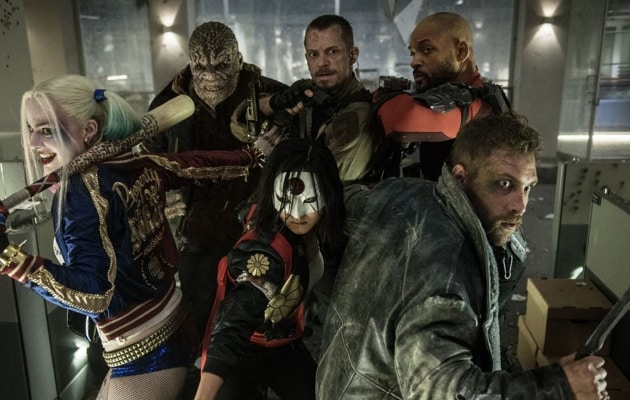 James Gunn’s The Suicide Squad has been a bright and shining revelation for WB and the DC movies. The latest run of DC films have been met with a plethora of woes and worries, being critically panned, and just not measuring up to what fans expect. One of the most egregious of these was the first take on Task Force X, 2016’s Suicide Squad, directed by David Ayer. A glorified music video full of neon lights and lacking in real depth, this movie is getting run through the wringer again by critics in comparing it to the new Gunn-helmed masterpiece. Ayer has decided to break his silence on the mater and proclaims that what fans saw in theaters is nothing like the film he created.

After a critic decided to take a stab at the director and tell him that Gunn’s version pretty much put the nail in the coffin of the Ayer Cut ever being released, the director posted a lengthy 3 page response. In it, he spoke about his past, growing up fatherless, joining the Navy, and loving his current life in film. He broke down how his film is a much different movie than what WB put out. Here’s some of it:

“I put my life into Suicide Squad. I made something amazing. My cut is [an] intricate and emotional journey with some bad people who are shit on and discarded (a theme that resonates in my soul). The studio cut is not my movie. Read that again.”

“And my cut is not the [10-week] director’s cut – it’s a fully mature edit by Lee Smith standing on the incredible work by John Gilroy. It’s all Steven Price’s brilliant score, with not a single radio song in the whole thing.”

“It has traditional character arcs, amazing performances, a solid third-act resolution. A handful of people have seen it. If someone says they have seen it, they haven’t.”

He went on to say that he holds no ill will towards the studio and that he fully supports what Gunn has accomplished here. He even makes a point to let everyone know that there is no quit in him and he will continue to pursue the release of his version of the film. In fact, Gunn himself responded to the tweet offering his love and admiration for the director.

It’s not known whether WB has ever even considered releasing the Ayer Cut – or if the studio has spoken with the director. Considering it took four years and a massive fan movement to get the Snyder Cut of Justice League, it might be quite some time before we see the real version of the movie – but would seem that Ayer is never going to give up on his true vision.

Do you want to see the Ayer Cut? Let us know in the comments below!