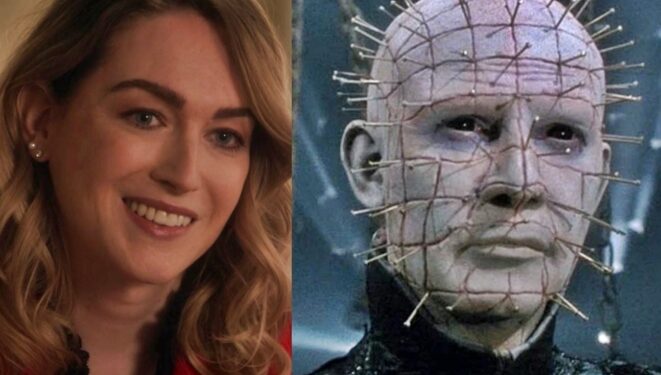 The Hellraiser franchise has expanded into some interesting directions over the decades. It started with a very linear storyline based on Clive Barker’s novella The Hellbound Heart. Once the third film came around, the franchise had been repurposed to compete with the likes of the later Nightmare on Elm Street sequels. It wouldn’t be long before the franchise entered straight-to-video hell. However, Doug Bradley maintained his position as Pinhead – the iconic face of Hellraiser – for most of these sequels. It wasn’t until Hellraiser: Revelations and Hellraiser: Judgment that he was replaced twice. Now he’ll be getting replaced again, this time for Hulu’s fresh take on the novella that started it all – The Hellbound Heart. Unlike past attempts at recasting the role of Pinhead with other men, however, this new film will replace him with actress Jamie Clayton.

Obviously, this is a massive announcement. Fans are incredibly familiar with Doug Bradley’s take on Pinhead from the original movie. But after two unsatisfactory replacements, it seems like Jamie Clayton could be a different enough change to make the role work again. Especially considering the original novella gave Pinhead, who was then known as the Lead Cenobite, some rather interesting feminine traits. How this will translate onto film, however, is yet to be seen. But fans online are already reacting to the decision to cast Jamie Clayton as Pinhead in the new Hellraiser film. And many fans are quite excited for the change.

“Its voice, unlike that of its companion, was light and breathy–the voice of an excited girl. Every inch of its head had been tattooed with an intricate grid, and at every intersection of horizontal and vertical axes a jeweled pin driven through to the bone.” pic.twitter.com/OfayOW7SAm

This is so incredibly cool!

In the original novella The Hellbound Heart, the character who would become Pinhead was of unknown gender with a feminine, melodic voice.

If anti-SJW dudes are gonna get buttmad, then they’re just showing they have no clue about the source material. https://t.co/JNisfbsnGY

Well, Pinhead was a woman in the original stage play version The Hellbound Heart, so this is VERY exciting! https://t.co/9sZyOUV8dt

Great news for horror by honoring Clive’s original vision, bad news for bros who still haven’t figured out that Pinhead has always been free of gender and the binary. 💅 https://t.co/yct3MLZDg6

Nothing will be scarier than the sentence “Hellraiser but Woke!”

Of course, others are a little more disappointed with their reactions as well. Nevertheless, it’ll be interesting to see where this new film takes things for the franchise. The Hellraiser film series has failed to find proper footing for years now, and it’d be nice to see it back on track with a genuine storyline again. Hopefully we’ll know more about this new film and what it aims to do for the brand in the near future.

David Bruckner is directing the Hellraiser reboot which is intended for a release on the Hulu streaming service. David Goyer wrote the story for the film, with the screenplay having been written by Ben Collins and Luke Piotrowski.

The release date for the upcoming Hellraiser film is yet to be announced. But fans can stay tuned to ScreenGeek for updates on the project, including its release date on Hulu, as we have them.