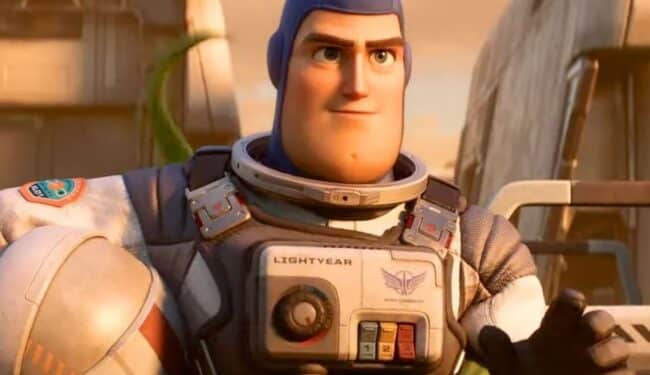 Buzz Lightyear is making a comeback, but not in the way you’d think. Instead of Toy Story, Pixar is reinventing the character with the all-new film Lightyear – which will reveal the origin story of the “real” Buzz Lightyear. This is the character that inspires the toy brand which we know from the Toy Story franchise. Now the first trailer for Lightyear has finally been released!

As you can see below, the footage showcases the much more epic tone the film is going for. And considering the trailer is accompanied by David Bowie’s song Starman, it doesn’t get any more epic than that. With spaceships, new planets, and robots – it’s clear we’re going in for quite the ride.

Here’s the trailer via IGN:

As of right now, there aren’t many plot details available. But as indicated in the trailer, it appears that we’ll be seeing how Buzz Lightyear becomes the legendary space ranger we know him to be. In fact, the trailer does a great job at teasing this by showing Buzz Lightyear in his iconic spacesuit at the end. Furthermore, he nearly gets a chance to finish his famous catchphrase – “To infinity and beyond!” – before the trailer cleverly cuts away. It’s definitely going to be exciting to see where this movie could be headed with the character.

As such, fans can stay tuned to ScreenGeek for updates on Lightyear as we have them. With the film coming next year, it shouldn’t be long before we have more updates on the project. Until then, this newly released trailer is a great way to hold fans over.

The new film is directed by Angus MacLane. Chris Evans will voice the character Buzz Lightyear, the toy version of which was voiced by Tim Allen in the original Toy Story films.

The upcoming film Lightyear is scheduled for a release date on June 17, 2022.