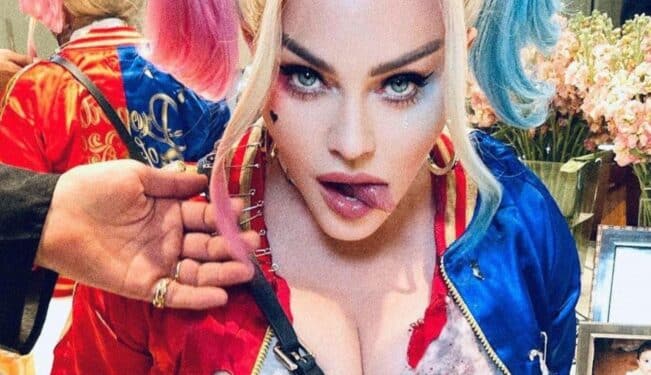 One of the more popular characters to emulate in recent years with Halloween has been Harley Quinn. The notorious Batman villain gained notoriety after her appearances in Batman: The Animated Series. Once a psychiatrist at Arkham, she eventually became the Joker’s girlfriend and partner-in-crime. The character has been gradually reinvented in the decades since, with Margot Robbie having given her own spin on the character throughout the DCEU film franchise. Margot Robbie’s look as the character has become incredibly iconic, and now even pop star Madonna has dressed up like her Harley Quinn for this year’s Halloween. It’s a bit of a full circle moment, however, as Madonna almost played the character at one point during the 1990’s.

It was between Madonna and Courtney Love for who would’ve gotten the role, which would’ve been one of the villains to appear in the unmade Batman Triumphant. The film would’ve been Joel Schumacher’s third Batman movie had Batman & Robin been a success. Of course, it was quite a failure at the time – and plans for Batman Triumphant were scrapped. But it certainly would’ve been an interesting take. In fact, aside from Harley Quinn, one of the villains would’ve been Scarecrow – this time played by Nicolas Cage. If that wasn’t crazy enough, Scarecrow’s fear gas would’ve allowed for cameos via hallucination from Danny DeVito’s Penguin, Michelle Pfeiffer’s Catwoman, Tommy Lee Jones’ Two-Face, Jim Carrey’s Riddler, and Jack Nicholson’s Joker.

Obviously it seems like this just would’ve been too crazy a concept to have ever took off. But seeing Madonna dressed up as Margot Robbie’s Harley Quinn, which you can see below via Instagram, does paint a very interesting idea of what could’ve been.

It’s worth noting that this version of Harley Quinn also wouldn’t have been Joker’s girlfriend. In fact, she would’ve been the Joker’s daughter. Apparently she was a toymaker who learned of the death of her father, Jack Nicholson’s Joker, and went on a quest for revenge. One can only imagine how this could’ve changed the potential lore of future comics and adaptations. As such, it’s probably for the best that this interpretation didn’t happen. However, seeing Nicolas Cage as Scarecrow would’ve certainly been a blast.