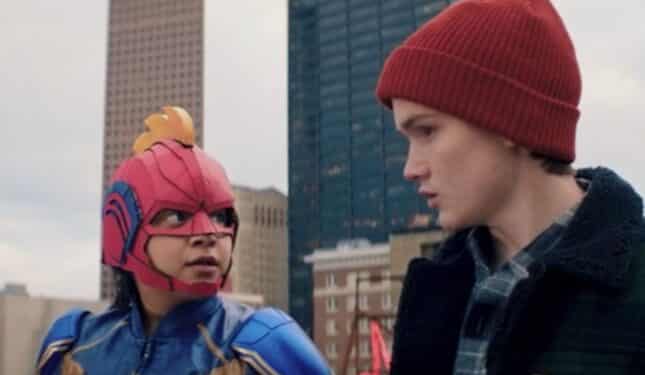 Disney Plus Day is upon us and the House of Mouse has presented our first look at Marvel Studios’ Ms. Marvel with a teaser trailer of the show. We finally get an introduction from newcomer Iman Vellani who’ll be playing the lead role of Kamala Kahn aka Ms. Marvel. The miniseries is set to follow the life of the 16-year-old Muslim Pakistani-American from Jersey City who is also a huge fan of Carol Danvers, aka Captain Marvel. Kahn becomes Ms. Marvel when she discovers her shapeshifting powers and uses them for good.

The teaser presents a world steeped in Marvel’s universe as Khan visits a huge event that celebrates its heroes including Captain Marvel. Continuing in the trailer is a small display of Kamala Kahn’s power and a look at a prototype of her costume.

We get a glimpse that the show will also focus on many facets of life as a Muslim Pakistani in America, which is a great idea to explore in the series.

Khan’s personal life is a huge focus in the comics, and this continues the trend of Marvel creating programs that are more inclusive for audience members.

No word on the exact release date has been announced – but from the teaser, the show does come off as fun and Marvel will more than likely have another hit show on their hands. Let’s not forget that Vellani is also set to show up in the upcoming The Marvels movie that will be directed by 2021’s Candyman director Nia DeCosta.