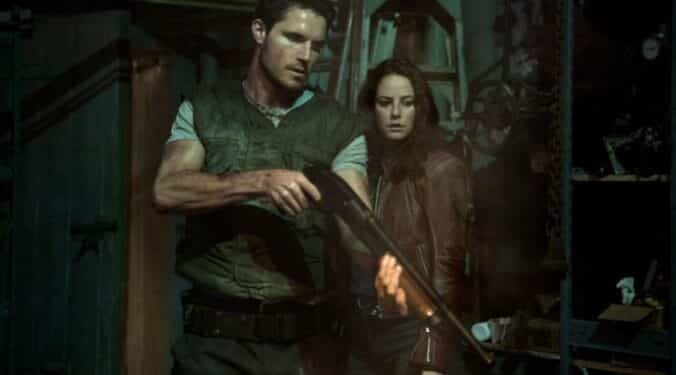 After more than a decade of unfaithful film adaptations, the Resident Evil video game franchise has finally been brought to life much more faithfully on the big screen. With the newest live-action film, titled Resident Evil: Welcome to Raccoon City, fans have gotten a movie that’s much more like the games than ever before. Of course, there are also plenty of stepping stones laid out to adapt the later games in the franchise – and thus forge an entire cinematic universe. And, as these types of franchises tend to do, there is a post-credits scene attached to the end of Resident Evil: Welcome to Raccoon City as well.

Fans of both the video games and even the earlier film franchise will understand this post-credits scene quite well. Of course, newcomers may be more than a little confused. The post-credits scene begins with Albert Wesker, thought to have been left for dead, waking up out of a body bag. It comes as quite a surprise for those unfamiliar with his character. But fans of the video games can rest assured that this signifies Albert Wesker’s turn to true evil. After all, another familiar character known from the video games – Ada Wong – also shows up in the scene. She informs Wesker that they brought him back to life and, as a result, there are side effects.

These side effects include diminished vision. Luckily, however, Ada Wong hands Wesker a pair of sunglasses – something long associated with his character. As he puts them on, he asks Wong what he’s wanted for. She answers with silence and the scene ends. It’s worth noting that Ada Wong as a character in the video games has been something of a spy, and in this film it’s been revealed that she was Wesker’s informant who gave him intel throughout the narrative.

With this in mind, it’s clear that the post-credits scene is designed to setup another Resident Evil film which would place Wesker as an antagonist alongside Ada Wong. And considering that these new Resident Evil films are intended to be much more similar to the video games, then we can expect the next film to more than likely adapt Resident Evil: Code Veronica and Resident Evil 4.

Johannes Roberts both wrote and directed the film which adapts elements from the first Resident Evil game and its sequel Resident Evil 2.