‘Spider-Man: No Way Home’ First Reviews Are Out 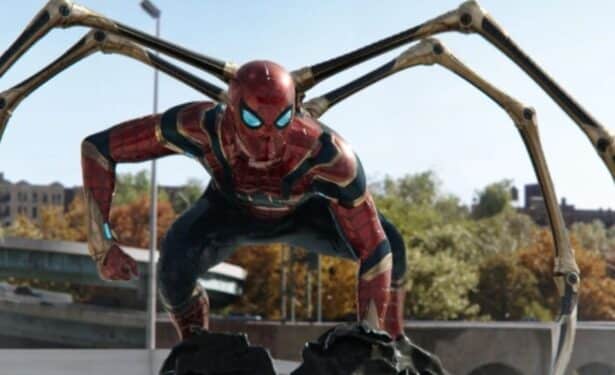 Although there are still a few days left before the highly anticipated release of Spider-Man: No Way Home, the first reactions to the film are here! As you can imagine, responses to the film have been positive. After all, it is the third solo outing for Tom Holland as Peter Parker – and fans have loved his interpretation of the character. The film has been highly anticipated for several other reasons as well, however, such as its connections to previous Spider-Man film franchises. This, of course, makes the film a truly unique cinematic experience. Especially since it’s the first major instance of the Multiverse theatrically coming into play with the Marvel Cinematic Universe.

As for the actual reactions to the film, social media is blowing up with positive responses. As you can see below, via Rotten Tomatoes, there is no shortage of praise for the MCU film. It looks as though the wait for Spider-Man: No Way Home is paying off. At the time of this writing, the movie has a 100% – with 47 positive reviews.

Here’s what some of the reviews are saying:

AV Club: No Way Home’s extended exercise in franchise-agnostic fan service is at once an ominous precedent for future event movies and an at-times rather poignant gimmick.

CNET: And if you’re not intimately acquainted with two decades of Spider-Man films? If you’re here for simply a well-oiled and entertaining Marvel flick, you won’t be disappointed.

Deadline: This movie does what the best movies always do: They thrill you and move you and make you want to cheer in a crowded theatre.

CBR: The film is sure to remind audiences why our friendly neighborhood Spider-Man remains one of Marvel’s best, and that is thanks in large part to Tom Holland’s performance as Peter Parker.

New York Post: You’ll have never left a Marvel film with so much uncertainty as to what comes next.

THR: This is the least fun of the Watts/Holland pictures by a wide margin (intentionally so, to some extent), but it’s a hell of a lot better than the last Spidey threequel…

Hopefully these positive remarks continue to come once the film makes its theatrical debut. With several days left to wait, anticipation is going to be at its highest peak yet – especially with these positive words on social media. On the other hand, it also means that the release of the film is inevitable at this point – and fans are closer than ever to seeing Spider-Man back on the big screen. With the inclusion of fan-favorite villains like Green Goblin and Doc Ock, characters we haven’t seen in years, it’s almost as if the impossible is happening.

Fans can stay tuned to ScreenGeek for all things Spider-Man: No Way Home as we have them, including other reactions to the film and what the MCU’s future could hold for the character.