With the Marvel Cinematic Universe film Thor: Love and Thunder coming this year, it’s time for the hype train to start. While we still haven’t gotten much official promotional material, the first looks at the new film are leaking online. We’ve already seen Chris Hemsworth’s brand new costume. Now the costume Natalie Portman will be wearing in Thor: Love and Thunder has also leaked online.

Natalie Portman will be reprising her role as Jane Foster from the first two Thor movies, where she’ll now become the Mighty Thor. Fans have been waiting quite awhile for Jane Foster to fully become Mighty Thor, and now director Taika Waititi will deliver this highly-anticipated character reveal in Thor: Love and Thunder. And if the new costume reveal is anything to go by, Natalie Portman will certainly be doing the character justice in Love and Thunder.

As depicted in the picture below via BR Marvel News on Twitter: 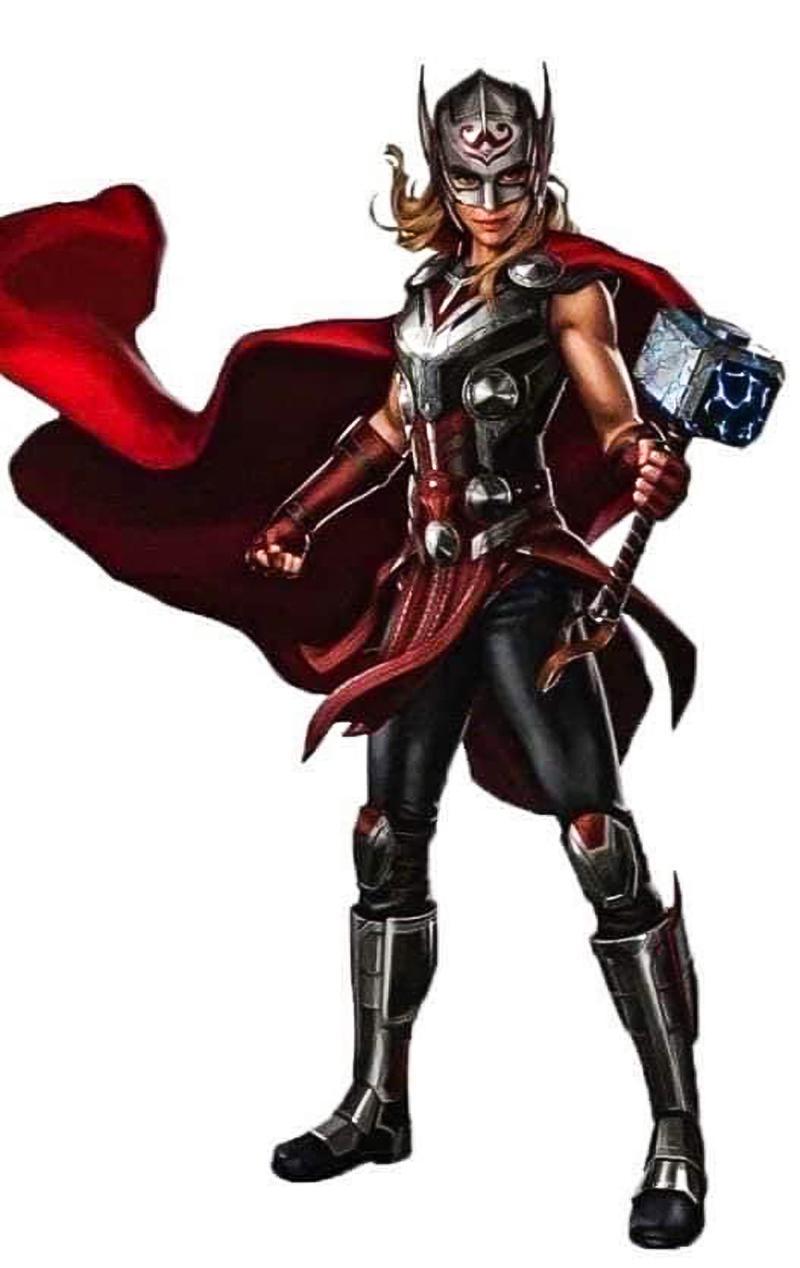 It’s definitely an exciting costume to finally see. It appears to be a blend of the Thor costume from the original film, while including elements of the Mighty Thor costume shown in the comics. As such, this is probably one of the best possible interpretations that a Mighty Thor costume could have. Hopefully we’ll get to see more looks at Natalie Portman in her Love and Thunder outfit soon, especially with the film being released this summer.

In fact, we’ll probably be getting plenty of new looks sooner rather than later, so from here on out, fans can stay tuned to ScreenGeek for Thor: Love and Thunder updates as we have them. With the way Taika Waititi directed Thor: Ragnarok, this will most definitely be a superhero adventure worth keeping an eye on.

The upcoming MCU film is currently scheduled for a July 8, 2022 release date.