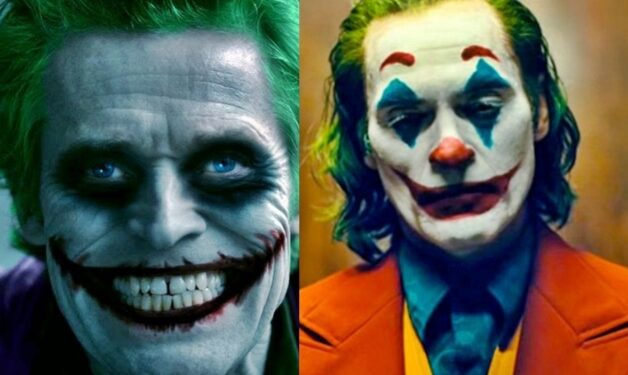 Todd Phillips’ Joker was a surprising hit for fans of the iconic supervillain. Joaquin Phoenix played the titular character in a performance that’s become incredibly iconic in such a short period of time. Nevertheless, it hasn’t stopped fans from pitching the actors they most want to see play the Joker – and that includes beloved actor Willem Dafoe. Now, Willem Dafoe has come up with a pitch that would seemingly allow him and Joaquin Phoenix to each play the Joker.

As revealed in an interview with GQ, Willem Dafoe came up with a really interesting idea. Apparently he’d love to see a Joker sequel which features the real Joker alongside an imposter, and the two have to battle one another. Of course, this is all purely hypothetical – as Willem Dafoe notes he’s “not talking to anybody [about it].”

Here’s what he had to say in full about the idea:

“There is something interesting about, like, if there was a Joker imposter. So it would be possible to have not dueling Jokers but someone that says to be the Joker that isn’t the Joker. And that kind of opens up the possibility of an interesting story, particularly if you had Joaquin Phoenix’s Joker, and then you had someone who was either imitating or riffing off what he did. I fantasized about that,” Dafoe told GQ.

It’s certainly a fun idea, and one that would fulfill the fantasies of fans that have wanted to see Willem Dafoe play the Joker. While it’s unlikely to happen, stranger things certainly have. Of course, at the moment, there don’t seem to be any discussions at all for a Joker sequel. But considering how much money that first film made, it wouldn’t be much of a surprise to see a continuation get announced. We’ll just have to wait and see.

In the meantime, fans did get to see Willem Dafoe reprise his role as the Green Goblin for Spider-Man: No Way Home. If nothing else, it’s great to see him return to one of the big superhero franchises.