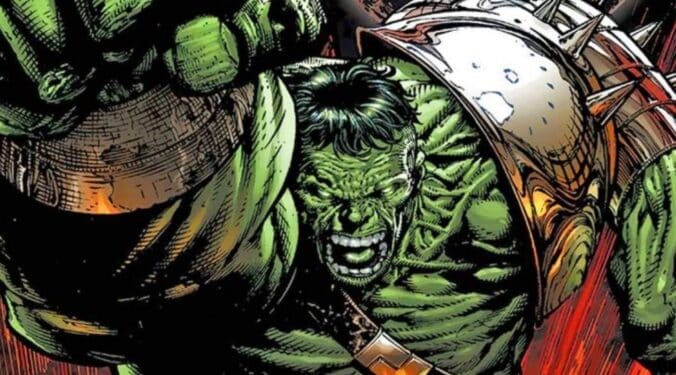 With the Marvel Cinematic Universe expanding in so many different directions, there’s no limit to the possibilities of what could happen next. While there are already a wide variety of shows and films in development, there are still plenty of others that remain unannounced or completely in secret. Now, according to a report that’s been leaked, it seems one of these unknown projects could turn out to be a World War Hulk adaptation.

This leaked report of a World War Hulk adaptation comes via 4Chan, where a user suggested that the project would span at least two films. Because of the massive nature of the story as told in the comics, it certainly makes sense that they’d want extra time to do the plot justice. It also seems that they might’ve already been setting up the events that will lead into such film adaptations as well.

As revealed via the 4Chan user:

It’s already been rumored previously that Marvel has considered making a World War Hulk adaptation for their Marvel Cinematic Universe. But this is the first time we’ve gotten many of these specific details, including the suggested superheroes that will be included in the film. It’s also interesting that the user says “Mr. Fantastic” will be part of the film, considering he hasn’t yet been formally introduced. But because there is some kind of Fantastic Four project in the works, then it could still be likely. Especially for a time frame in the 2024 to 2026 range.

With Marvel currently working on She-Hulk, an upcoming Disney Plus series based on the titular character, it’s reasonable that they would want to work on another Hulk film as well. Because actor Mark Ruffalo will also be appearing in the aforementioned Disney Plus series as his character Bruce Banner, it’s possible we’ll see more seeds planted in this show for the World War Hulk storyline. As such, fans will have to wait for the release of that series to get a deeper idea of what Marvel and Disney have planned. Until then, this information should be taken with a grain of salt.