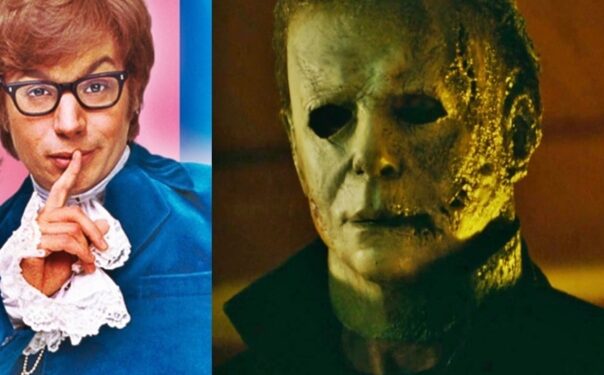 It’s become something of a meme these days to emphasize how comedy actor Mike Myers has a very similar name to Michael Myers, main antagonist of the Halloween franchise. While that was one humorous and indirect connection, it seems one fan noticed another connection between the Austin Powers franchise which stars Mike Myers and the newly released Michael Myers film Halloween Kills. As it turns out, a notable actor appears in each franchise – only to be killed in both. The actor, named Michael McDonald, is actually the only person to have been killed by both Michael Myers and actor Mike Myers.

This was pointed out by a fan on Twitter, and it’s a hilarious connection to point out. With so many memes about Mike Myers having a similar name to the iconic slasher villain, it’s hard not to hope this was intentional.

Here’s what was written:

“This is comedian Michael McDonald, who thanks to his appearances in both AUSTIN POWERS (1997) and HALLOWEEN KILLS (2021), is the only person to have been killed on-screen by both Mike Myers and Michael Myers.”

This is comedian Michael McDonald, who thanks to his appearances in both AUSTIN POWERS (1997) and HALLOWEEN KILLS (2021), is the only person to have been killed on-screen by both Mike Myers and Michael Myers. pic.twitter.com/3l4mCmt3fW

The actor played Little John in Halloween Kills, a LGBT character that was a fan-favorite for many alongside his counterpart Big John. As such, he was quite memorable even without this Austin Powers connection to make his dark demise a little lighter. But this new joke will certainly still add a surprising layer to the newly released slasher sequel.

Meanwhile, fans still have Halloween Ends to look forward to. David Gordon Green will once again return to direct Halloween Ends, the upcoming sequel to its predecessors Halloween and Halloween Kills.

Fans will be able to see Halloween Ends this year on October 14, 2022.