Deadpool May Have Been Found In ‘Doctor Strange 2’ Poster 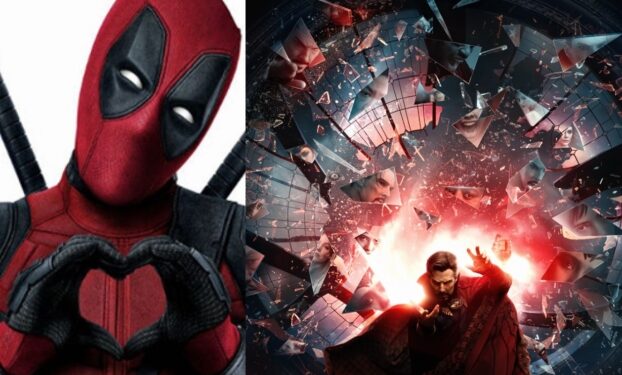 A new trailer for Doctor Strange in the Multiverse of Madness AKA Doctor Strange 2 was released yesterday – and as is the case with every Marvel Cinematic Universe movie, fans dissect and analyze every single possible detail that they can with the new footage. In this case, however, a very interesting detail has potentially been found in the poster that was released alongside the new trailer – and it has to do with a beloved Marvel character in Deadpool.

The poster features what looks like a lot of different characters – and as we said before, fans definitely like to analyze every single detail of these things. In this case, however, when you zoom in on one particular area of the poster, it does look like it could very well be Deadpool. With the way that Marvel Studios is bringing random characters back via the multiverse, it wouldn’t really come as much of a surprise at this point.

Check out what some suspect to be Deadpool below:

Marvel Studios’ #DoctorStrange in the Multiverse of Madness arrives only in theaters May 6. pic.twitter.com/wJHjv0HWwD

As to whether or not it’s actually Deadpool, remains to be seen – but it would definitely be an exciting way to bring the character in the MCU. As you can also see from the speculation, some believe they’ve also spotted 2000’s Reed Richards from Fantastic Four, as well as Captain Carter.

Hopefully, it does turn out to be Deadpool, as fans are pretty excited for Deadpool 3, which Ryan Reynolds said has a good chance of starting production this year.

The speculation and theorizing for these movies is always fun – and it won’t be a very long wait for fans to have their answers to these big questions as Doctor Strange in the Multiverse of Madness AKA Doctor Strange 2 is scheduled to hit theaters everywhere on May 6th.