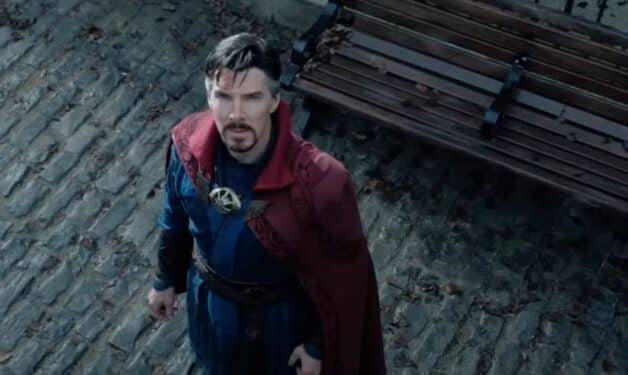 The upcoming Marvel Cinematic Universe film Doctor Strange in the Multiverse of Madness has been a topic of discussion for years now. Many modern MCU projects have been gradually leading up to the film, especially the recently-released Spider-Man: No Way Home. With the film’s promotional campaign finally kicking into high gear as well, fans are excited to see what it’s going to be all about. Of course, there’s still plenty of secrecy surrounding the project, but it seems like some details from the Doctor Strange in the Multiverse of Madness plot have been leaked.

Specifically, as revealed via Cosmic Circus, it looks like fans can expect the Book of Vishanti to make an appearance. This book is actually visible on the film’s poster, and if you’re unfamiliar with it, the book is generally considered the opposite of the Darkhold. It’s also visible in the film’s trailer. As for what purpose it serves, Cosmic Circus was able to provide a few other details.

As it turns out, Doctor Strange himself is at first actually unaware of the book’s location. It seems that his variant Defender Strange is actually the one that knows said location. Furthermore, the site has suggested that Defender Strange is potentially from the same universe as Doctor Strange’s ally America Chavez. This would better explain why they’re all working together to save the universe or multiple universes.

Ultimately, it seems as though the Book of Vishanti will be a sort of McGuffin for our team of heroes to look for. Furthermore, this McGuffin is required to stop Scarlet Witch, as Wanda Maximoff as apparently corrupted enough in this film to become the villain.

While these alleged Doctor Strange plot details should be taken with a grain of salt, it certainly seems reasonable. Especially considering how closely tied Doctor Strange is to the Book of Vishanti in the comics. As the Marvel Cinematic Universe continues to explore the character, it only makes sense that they begin introducing these elements. Hopefully we’ll have more info as the release date approaches.