John Carpenter Wants To Make A Sequel To ‘The Thing’ 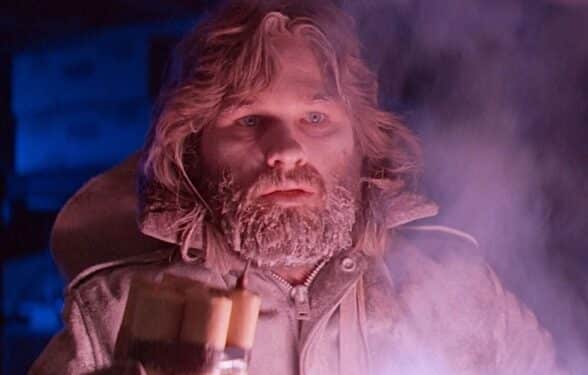 It was previously revealed that Blumhouse would be involved with a new take on The Thing, the 1982 sci-fi horror film based on the novella Who Goes There? and its 1951 film adaptation The Thing From Another World. This new take, however, would also be taking inspiration from Frozen Hell, an uncut version of Who Goes There? which includes several additional chapters. Now John Carpenter, who directed the 1982 version of the story, has teased that there are updates happening with this latest take on The Thing.

“I would like to do a sequel to The Thing, or a continuation, something like that. But I don’t know. See? There are a lot of things in this world I don’t know.”

He revealed that there are updates happening while speaking with ComicBook. Unfortunately, he wasn’t able to reveal much. But it does indicate that he’s been involved to some degree with the process.

Specifically, here’s what he had to say:

“There are updates that I am not allowed to speak of. We’ll see, we shall see. Never say never in the movie business, never say never.”

It’s great to hear that the project is still in active development. It was initially announced just before the pandemic struck and shut down a great number of projects, so some fans worried that this Frozen Hell adaptation was one of them. But with The Thing director John Carpenter explicitly stating there are updates, that proves the film is swiftly moving ahead. Hopefully, much like the alien in the film itself, the new film adaptation will surprise us all with some major announcements in the near future.

Until then, fans can still enjoy the various Thing-related projects out there today. Aside from Who Goes There?, the 1951 film, and John Carpenter’s 1982 adaptation, there was also a prequel to John Carpenter’s film released in 2011. Furthermore, if you’re already familiar with all of these, you can still track down some of the comics based on the 1982 film or even the 2002 video game. Either way, it proves that this property has grown into quite a franchise. It’ll be exciting to see then what new doorways Frozen Hell will proceed to open.