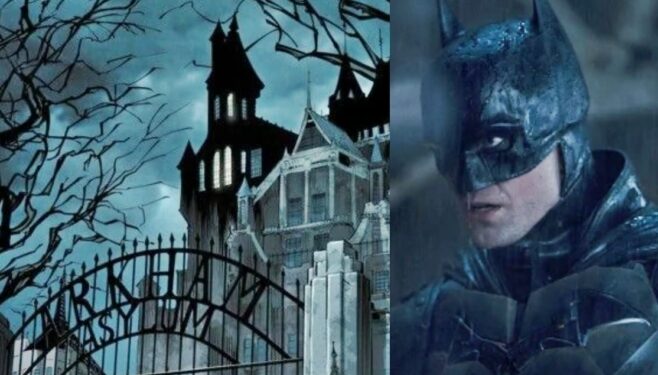 Matt Reeves’ The Batman is nearly upon us, and following its release will be a slew of sequels and spin-offs. It’s been reported that a sequel to The Batman is already in development, along with plans for a spin-off series based on The Penguin and another titled Gotham P.D.. But according to another new report, it looks like Matt Reeves is developing a spin-off based on Arkham Asylum as well.

This was revealed in an interview with Toronto Sun, where he teased that the Arkham Asylum project is still in early developmental stages. Nevertheless, this should be of interesting note to fans. Especially those who want to see more of the creepy and iconic Batman location.

“We’re doing this Penguin series and one of the great things about that is Colin Farrell — he’s like you’ve never seen him. He’s so incredible and he’s a scene-stealer. Along the way, we thought maybe we could do (his character) as a series. So I talked to HBO Max and showed them Colin in the movie and spoke to them about what this could be and they said, ‘Let’s do it.’ So we’re doing that and we’re doing another series that connects to Arkham (Asylum). We are talking and thinking about the next movie, but to be honest with you, at the moment, I really want the audience to connect with this. And I really believe they will because I think Rob is an incredible Batman.”

Unfortunately, there isn’t much information beyond the notion of Arkham Asylum being involved. But that’s certainly an exciting prospect, and one that would be great to see if it gets made. With all of these different projects surrounding The Batman going into development and production, it’s certainly going to be a great time to be a fan.

The Batman starring Robert Pattinson as the titular superhero will be hitting theaters on March 4, 2022.