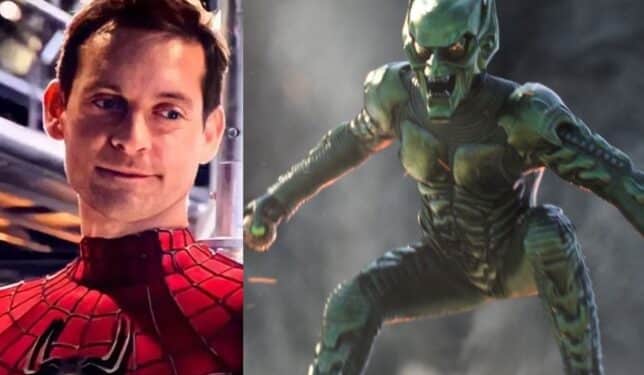 With the release of Spider-Man: No Way Home, fans were able to watch the return of three different Spider-Man continuities. Fans not only got to catch up with Tom Holland’s Spider-Man after the Spider-Man: Far From Home cliffhanger, they also got to see Andrew Garfield again after the events of The Amazing Spider-Man 2 and Tobey Maguire after the events of Spider-Man 3. Furthermore, the new film also brought back many of the villains from the latter two characters’ respective continuities. This included The Lizard and Electro from the Amazing Spider-Man duology, as well as the Green Goblin, Doc Ock, and Sandman from the first Spider-Man trilogy. And, as it turns out, fans almost got to see more of Tobey Maguire as his iteration of Spider-Man alongside Willem Dafoe as the Green Goblin before the scene was deleted from the film.

This tidbit was revealed in a newly released featurette titled “Spider-Suits, Goblin Gliders and the Costumes of the Multiverse.” As the title suggests, the featurette goes deep into the making of Spider-Man: No Way Home and its various Spider-Men and their respective villains. This, of course, includes the aforementioned deleted scene with Tobey Maguire and Willem Dafoe as his take on the Green Goblin.

Here are some photos of the deleted scene with Tobey Maguire and Willem Dafoe:

You can also see the behind the scenes footage in action, albeit without audio, as revealed at about the 5:13 mark in the below video:

The final film didn’t allow much time for Tobey Maguire to interact with Willem Dafoe, so this certainly would’ve been a welcomed sequence. But considering time restraints and other such issues, it makes sense that it was ultimately removed from the film. Thankfully, it looks like the behind the scenes footage has been saved so fans can still enjoy seeing the two actors do what they do best.

Fans will be able to view Spider-Man: No Way Home digitally on March 22, 2022. The physical release which includes 4K UHD, Blu-ray, and DVD copies of the film, will be released on April 12, 2022.