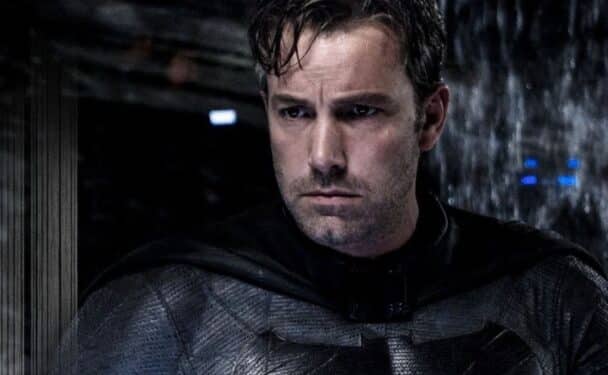 While superhero fans are currently enjoying Robert Pattinson in The Batman, we almost received a much different Batman movie. In fact, actor Ben Affleck was initially attached to direct and star in his own Batman film which would’ve branched off the main DCEU. This obviously didn’t pan out, however, but fans are now seeing the first designs from the film. In particular, concept art has just surfaced which shows what Ben Affleck’s Batman suit would’ve looked like in the film.

Ben Affleck’s Batman suit, as you can see below, was designed by concept artist Keith Christensen. He revealed the new suit he designed on Instagram, which as you can see, is quite different from the suits that Ben Affleck wore in Batman V Superman: Dawn of Justice as well as Justice League.

Keith Christensen also shared a look at the back side of the suit:

He then wrote the following explanation for his design:

“Tried to design a consistent, modular, functional suit made from ballistic materials. Suit was designed when Ben A was directing and starring in #thebatman”

It’s definitely an interesting design. While the suit is much more realistic, looking as though it were made from ballistic materials, its color scheme is much more comic-accurate than most live-action interpretations. As such, there’s a blend between realism and comic book aesthetics that would’ve made Ben Affleck’s Batman suit a really cool take to see on the big screen. It’s also one of our first glimpses into what Ben Affleck’s Batman film would’ve been like, so hopefully we’ll have more such glimpses in the near future. Now that Matt Reeves’ film The Batman is finally out in theaters, fans will probably see plenty of secrets surface online. As such, fans can stay tuned to ScreenGeek for updates as we have them.