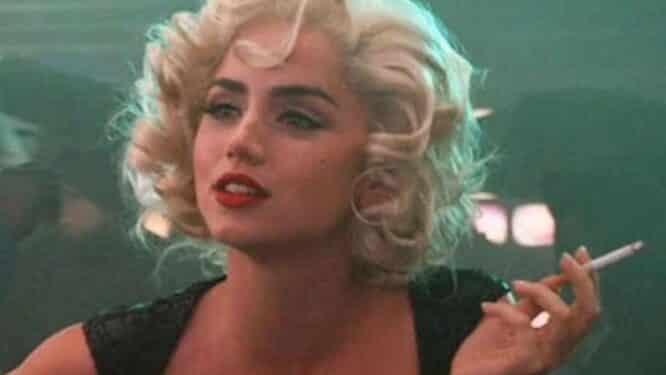 It isn’t often that a highly-anticipated Hollywood production is rated NC-17, but that’s the case with Blonde. The upcoming film is a biopic centered on pop culture sensation Marilyn Monroe, and none other than Ana de Armas has been selected to play her role. While that was already a bold choice, it’s even more bold to see a Marilyn Monroe biopic with the NC-17 rating.

Director Andrew Dominik recently spoke with ScreenDaily regarding the rating, and revealed that he doesn’t care if people are upset. He believes that this is the proper rating for the film and the only way it could be made truthfully.

“It’s an NC-17 movie about Marilyn Monroe,” Dominik began. “It’s kind of what you want, right? I want to go and see the NC-17 version of the Marilyn Monroe story. It’s a demanding movie. If the audience doesn’t like it, that’s the f—–g audience’s problem. It’s not running for public office.”

He also thanked streaming platform Netflix for the freedom to allow such a film to have this rating:

“It’s much easier to support stuff when you like it. It’s much harder when you don’t. I have nothing but gratitude for Netflix.”

It’s certainly going to be intriguing to see what Blonde has to offer with this kind of limitless rating. But by the passion Andrew Dominik has for the material, it’s certain to be worthwhile for fans of Marilyn Monroe. The film is based on the book of the same name written by Joyce Carol Oates.

Blonde will be released on Netflix at some point this year in 2022.