New Listing Spoils Next MCU Appearances From Daredevil And Kingpin 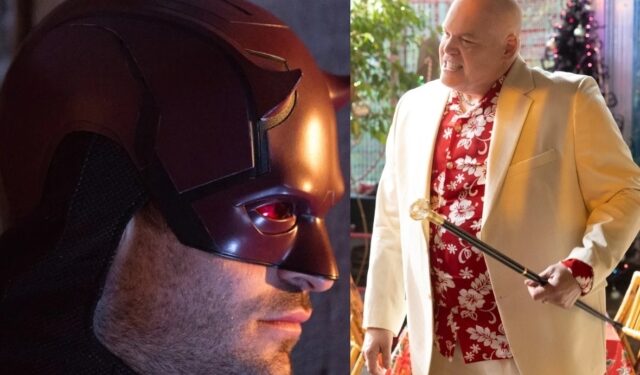 Disney and Marvel have been gradually reintroducing Daredevil and Kingpin as part of the greater Marvel Cinematic Universe. The characters first appeared in the Netflix series Daredevil, which was recently reacquired by Disney for distribution on Disney Plus. They’ve also been making appearances in other MCU projects – such as Spider-Man: No Way Home and the Disney Plus series Hawkeye. Now it appears that both Daredevil and Kingpin will appear in another upcoming MCU project according to a newly-surfaced listing.

This listing comes via costume designer Stacy Caballero, and more specifically their resume. It just so happens that the latest project listed on their resume happens to be the Disney Plus series Echo. The series is set to be a spin-off of Hawkeye, focused on the titular character, and fans were already aware of its existence. What they weren’t aware of, however, is that Daredevil and Kingpin seem to be attached to appear in the new MCU series. This is evident in the listing because Stacy Caballero is listed as the costume designer for the actors that portray both characters, Charlie Cox and Vincent D’Onofrio.

Of course, this still isn’t an official confirmation. After all, it’s unclear what information she used to add Echo to her resume. But for the time being, it certainly would make sense that both characters would appear in the series. Especially considering where we last see Kingpin in the Hawkeye series. And with Daredevil being one of his top enemies, it only makes sense that he would appear alongside him as well. And with a variety of other Marvel Cinematic Universe projects currently in development, it’s possible that we’ll see both characters appear in other films or shows along the way. We’ll just have to wait and see what happens.

Fans will be able to see the Disney Plus series Echo next year.