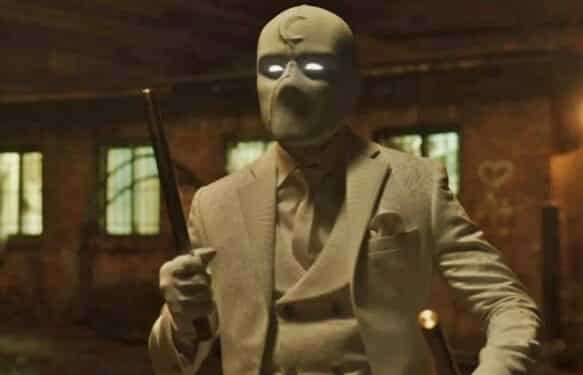 Moon Knight is quickly becoming one of the most talked about Marvel shows for Disney Plus – despite only being two episodes in. Fans are really enjoying it, despite the character not really being known to most mainstream audiences. If it’s Marvel, though, that’s good enough for most. The show is definitely darker than most things in the Marvel Cinematic Universe – and now, fans are debating whether or not the most recent episode actually featured the MCU’s first use of the word “f*ck”.

Obvious spoilers ahead if you haven’t seen the latest episode of Moon Knight.

Fans are debating a particular moment when Marc Spector and Steven Grant are arguing with one another, and some believe it sounds like you can hear “Shut the f*ck up!” in the scene. You can decide for yourselves below:

After watching the video, it doesn’t sound as though he’s saying it, but a lot of fans seem to think that’s the case.

I don’t care if it just sounded like it but I’m going to convince myself that Marc said the f bomb in #MoonKnight pic.twitter.com/fpEiiwt0QM

me watching #moonknight get the first proper f-bomb in the mcu:

The first F-bomb in the MCU came at such an I tense moment, I didn’t even react to it at first. It was just kinda there lol #MoonKnight

so true of moon knight having the first f bomb in the mcu!!

I don’t care if it just sounded like it but I’m going to convince myself that Marc said the f bomb in #MoonKnight pic.twitter.com/fpEiiwt0QM

As for whether or not it’s the MCU’s first actual F-Bomb – we may never know. All of the fan speculation is pretty interesting, though.

Moon Knight is currently streaming on Disney Plus.