Ezra Miller Has Reportedly Been Arrested Again In Hawaii 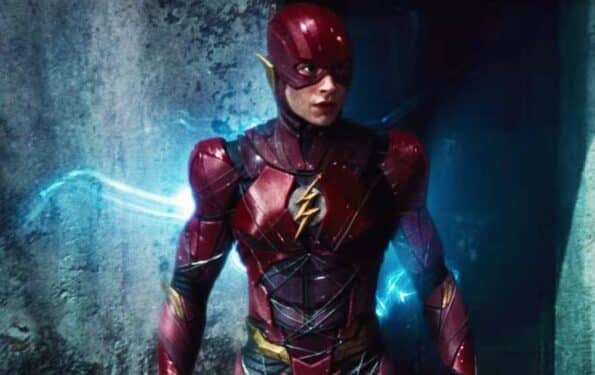 Many were shocked when The Flash and Fantastic Beasts star Ezra Miller was first arrested in Hawaii. Fans of the respective DCEU and Fantastic Beasts film franchises were eager to know how Warner Bros hoped to handle the situation. While their response likely depended on the outcome of Ezra Miller’s court visits, it appears that the actor was arrested yet again just hours before his latest scheduled court appearance.

This information comes via KITV, where it was revealed that Ezra Miller was arrested for alleged assault. Specifically, Ezra Miller reportedly got angry, and then threw a chair which struck a 26-year-old woman in the head.

“Big Island police officers were called out to a reported assault at the home in the Leilani Estates subdivision in lower Puna just after 1 a.m. According to the report, Miller allegedly got angry after being asked to leave the home and threw a chair, striking a 26-year-old woman in the head causing a half-inch cut. The woman refused treatment for the injury.”

They added the following details regarding their arrest:

“Miller was arrested around 1:30 a.m. after he was found at the intersection of Highway 130 and Kukula Street in Keaau. Miller was released from jail just after 4 a.m. pending further investigation, police said.”

Ezra Miller has already been involved with several run-ins with the law. They were previously arrested last month after an incident in a karaoke bar. Soon after, Ezra Miller had a restraining order placed against them by a couple that insisted the actor threatened their lives before robbing them. While they ultimately dropped the request for a restraining order, it’s become clear that Ezra Miller is still going to be in the midst of legal trouble for quite some time. As such, those interested can stay tuned to ScreenGeek for any further updates on the Ezra Miller situation as we have them.