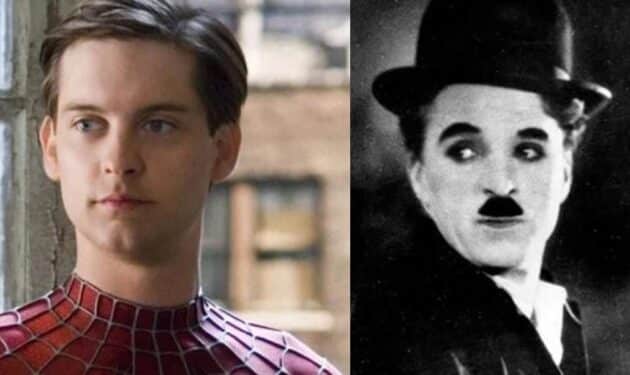 The movie Babylon has been a mostly quiet affair since it was first announced. Audience members at the CinemaCon 2022 event were able to see the first footage from the film, however, and it was apparently quite the surprise. The film’s cast is loaded with A-list stars, and that includes Spider-Man actor Tobey Maguire. Interestingly, the film is set to take place in the 1920’s, specifically when silent films were transitioned into sound films. The aforementioned Tobey Maguire will play legendary actor Charlie Chaplin in the film.

As noted by Variety, however, the film’s cast is actually led by Brad Pitt as silent film star John Gilbert and Margot Robbie as star Clara Bow. It’s clear then that this will be a film plenty of legendary faces from the golden age of Hollywood.

They were also able to share some of the film’s dialogue which was shared during the CinemaCon presentation. Brad Pitt’s character, John Gilbert, begins with the following line:

“You know what we have to do… we have to redefine the form,” Brad Pitt’s John Gilbert says. “When I first moved to Hollywood, the stars on all the doors said ‘No actors and no dogs allowed.’”

“You don’t become a star. You either are one… or you ain’t.”

Indeed, it’ll be an exciting exploration of Hollywood’s golden age. Hopefully we’ll have more details soon. The film is expected to open this December, which means we’ll probably have awhile before the promotional campaign really begins. But so far Babylon sounds like a promising film in the making.

The upcoming film Babylon was written and directed by Damien Chazelle.