Stephen King Explains Why He Prefers New ‘Firestarter’ Over Original 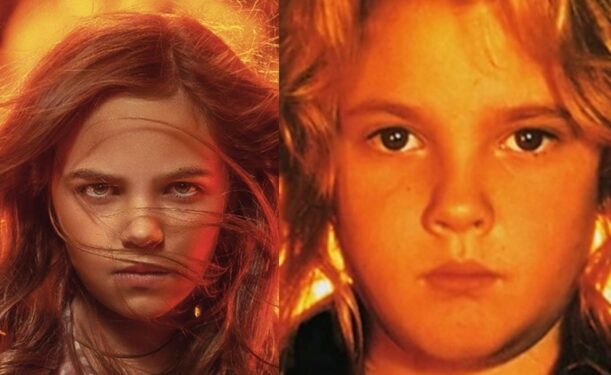 Stephen King’s iconic novel Firestarter has once again been adapted for the big screen. The original film adaptation was released in 1984 and starred Drew Barrymore as Charlie McGee, a young girl with pyrokinesis. Now the latest adaptation is out – albeit with negative reviews. Interestingly, however, Stephen King actually prefers this new Firestarter adaptation to the original.

He revealed as much while speaking with Vanity Fair, and further explained his reasons for preferring the new film. His first reason is that he actually likes Zac Efron as Andy McGee, Charlie’s father, more than David Keith from the original film.

“If you compare David Keith as Andy McGee [in the 1984 film] and Zac Efron [in the new Firestarter], I think Efron wins the battle because he seems a lot more intelligent, and he does a lot less lying to the kid, too. In the original Firestarter movie there’s a lot of, ‘Oh, Charlie, everything’s going to be all right.’ There’s nothing that raises my hackle so much as lying to a child. This character, this iteration of Andy McGee, doesn’t do that. I think Zac Efron did a wonderful job. It’s a very grown up part. And he pulled it off.”

The legendary horror author also preferred the changes to the script and Michael Greyeyes who played John Rainbird:

“I read the script beforehand and I thought to myself, okay, what they’ve done here is they have concentrated the story and made it a family story. And I love that. They’ve kept the major beats in the story and thank God they got a real Native American to play John Rainbird. That was a step in the right direction. He’s pretty good. There’s a lot more authenticity to that performance. It’s an inward, powerful performance.”

Furthermore, Stephen King enjoyed the way they handled Andy McGee’s powers in the new Firestarter. He does note, however, that there’s a rather gory moment from the book he wished stayed in the new film.

“Sometimes movie people think up things, and you say, ‘I wish I had done that.’ In this movie, Andy becomes a kind of a counselor to try to talk people out of their bad habits. And he does it by ‘pushing’ them. There’s a woman at the beginning who’s a smoker, and he’s talking her out of it. That was a pretty good turn on him. On the other hand, there was a scene in the book that’s not in the movie where he pushed a guy into putting his hand in a garbage disposal and turning it on. That would’ve been great.”

Firestarter is currently available in theaters and for streaming on Peacock.