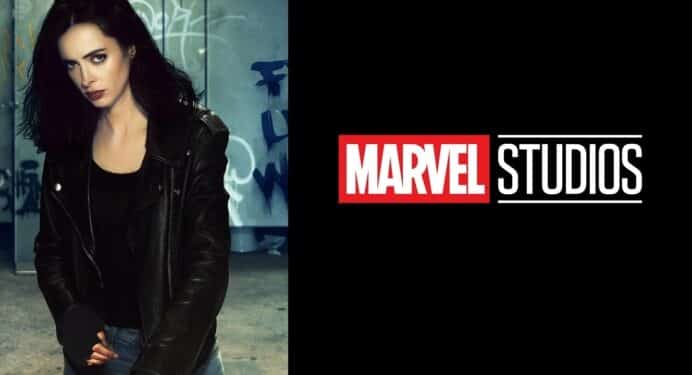 There’s no argument that some of the most satisfying moments for Marvel fans were the reappearances of Charlie Cox as Daredevil and Vincent D’Onofrio as Wilson Fisk. The two characters were part of Netflix’s Daredevil series which was cancelled after its third season. While fans were anxious to see more of the show, the future remained unclear until Daredevil appeared in Spider-Man: No Way Home and Wilson Fisk in Hawkeye. It was then announced that a new Daredevil series would be coming to Disney Plus, with the storyline following the events of its predecessor. Now it appears that Krysten Ritter from Netflix’s Jessica Jones will be reprising her role for a new Marvel Cinematic Universe project.

Our sources have told us that Krysten Ritter will indeed be playing Jessica Jones for a new MCU project – though we weren’t able to confirm what the project is. While it would be great to see her get a Disney Plus series much like Daredevil, it seems more likely that she’ll first be given some kind of cameo role in a separate project instead. Obviously the aforementioned cameos with Charlie Cox’s Daredevil and Vincent D’Onofrio’s Wilson Fisk were quite successful with fans. As such, it makes sense that Marvel would want to repeat this formula with Krysten Ritter as Jessica Jones.

Now that Netflix’s various MCU shows are streaming on Disney Plus, it appears that Disney’s eager to incorporate them back into their Marvel Cinematic Universe. As mentioned above, it was initially unclear what would happen to those characters and continuities after the shows were cancelled on Netflix. Especially considering how vaguely connected they were with the rest of the MCU.

But now that Charlie Cox’s Daredevil and others are officially appearing in the mainstream MCU, we have a better understanding for where Marvel is taking these characters. Hopefully we’ll have more updates on all of these projects soon. For now, though, it looks like fans will be getting to see Krysten Ritter back in costume again at some point.

The first season of Jessica Jones was released on Netflix on November 20, 2015. Much like Daredevil, the series was very successful and positively received. It was followed by a second season several years later on March 8, 2018, with a third season on June 14, 2019. The series was cancelled several months before the third season premiered. With only three seasons, fans of the series are eager to have Jessica Jones back. Hopefully this new appearance will be a step in the right direction.