New Rumor Says Amber Heard Has Been Cut From ‘Aquaman 2’ 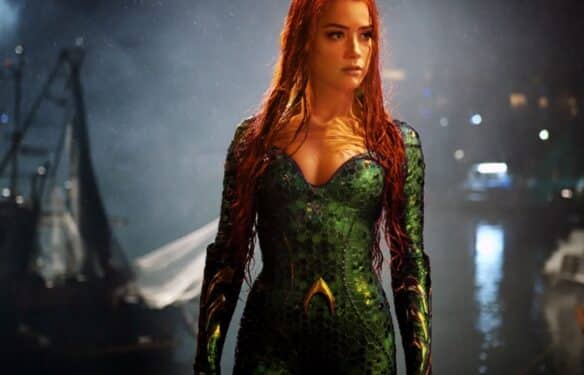 Actor Johnny Depp recently won the defamation trial against his ex-wife Amber Heard. Although the jury did find Johnny Depp responsible for having defamed Amber Heard via his attorney, the majority of the verdict went in favor of Johnny Depp. As such, fans are now wondering if Heard will be removed from Aquaman and the Lost Kingdom. A petition has been circulating online with several million signatures, so between that and the jury’s verdict, it would certainly make sense if Warner Bros decided to remove her. Especially after the backlash they’ve received for having removed Johnny Depp from Fantastic Beasts: The Secrets of Dumbledore. Now a new rumor suggests that Amber Heard has indeed been removed from Aquaman 2.

It was previously reported that Amber Heard’s role in the film was cut down to less than ten minutes of screen time. But now that the recent trial has gone in Johnny Depp’s favor, it appears that all of her screen time has been removed. This rumor comes from KC Walsh, who further guessed that Amber Heard’s character Mera would die during childbirth in the film’s opening.

I didn’t think they would but sounds like they are, the next test screening should be interesting pic.twitter.com/ZjR60XxDCZ

I don’t know, my guess is she dies during childbirth but we won’t know until a test

It’s worth noting that shooting for the film has already been completed. But given that there’s nearly a year until it hits theaters, there’s more than enough time for alterations. As such, it does seem very likely that Warner Bros is able to cleanly remove Amber Heard from the film’s narrative completely. Especially with the aforementioned petition gaining more signatures by the day. We should have more concrete details soon if that’s the case. As such, stay tuned to ScreenGeek for updates as we have them.